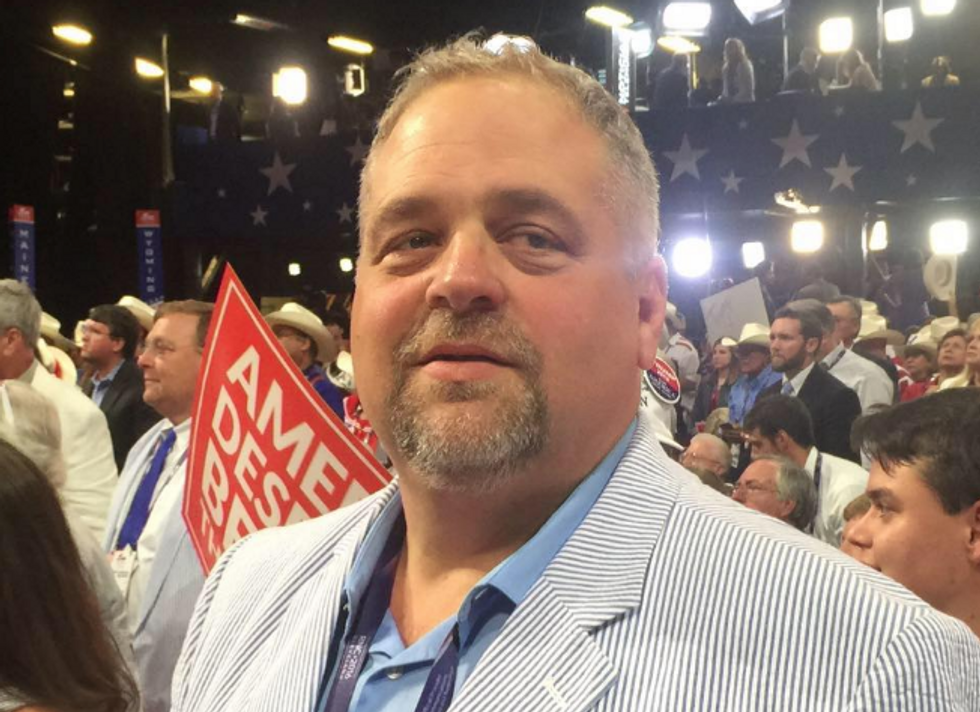 Former reality TV star and presidential hopeful Donald Trump has suggested time and time again throughout his campaign that the election might be rigged come November. And some people are starting to believe it.

While not out of touch with previous Republican hysteria over rigged elections and voter fraud, Trump's calls for his supporters to patrol voting booths "in certain areas" on Election day are certainly both problematic and dangerous.

North Carolina's Wake County Republican Party chair, Charles Hellwig fed into the Trump hysteria over voter fraud this election and sent out a letter to the community on Thursday.

In his letter, Hellwig called on individuals to sign on as poll observers after suggesting that, "We are under assault by the Alinskey-esque tactics of the Democrats and their extremist ideology, which demands they take whatever action necessary to achieve their desired results."

Some of those necessary actions, according to Hellwig, included illegal activity like, "registering dead people or falsifying voter information."

Wake County Commissioner John Burns wasn't having it, though. On Friday, he called out the GOP on their fake voter fraud allegations in a hilarious and sarcastic letter in which Burns suggested, "I am sure you will agree that neither of us wants to create any unnecessary disturbances at the polling places, which might actually prevent valid votes from being cast and counted."

The letter also called for evidence of the accusations Hellwig made in his original letter and with a specific deadline in mind, as the election is quickly approaching.

By next Friday, October 14, please provide me with evidence of daily examples of voter fraud in Wake County and each instance of the intentional registration of dead people or falsified voter information. Feel free to call me to discuss the best way to deliver this information, as from the tone of your letter, it sounds quite voluminous. Together, we should be able to draw the attention of the Board of Elections to these issues and root out such fraud before the election, rather than relying on challenging voters in an ad hoc fashion on Election Day.

Where are the receipts, Hellwig?

You can read the full letter below.