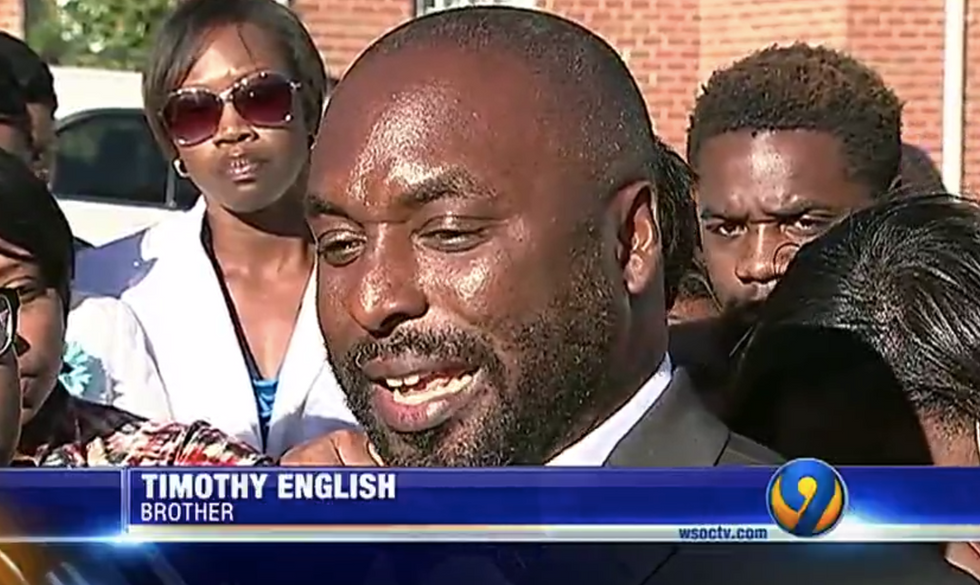 A woman in Gastonia, North Carolina perished in a hail of bullets while staying over at her brother's house to attend her sister-in-law's funeral.

WSOC-TV News said that Jacobia Lane died when an unknown assailant fired at least a dozen shots at her brother's house at around midnight on Saturday.

Lane was in town for the funeral of her brother Timothy English's wife, who was laid to rest on Saturday morning.

Lane was a good person, her brother said, who would never harm anyone.

"This is not somebody who goes and does wrong. She is someone who loves her family,” he said.

Lane's husband said that he is not personally angry at the shooter, but he believes that they should come forward.

“We want them to come forward and face justice," he said.

One other person in the house -- a teenage boy -- was struck in the arm by a bullet, but the injury was not life-threatening.

No suspects have been arrested. The Gastonia Police Department is offering a $1,000 reward to anyone who can provide information leading to an arrest.