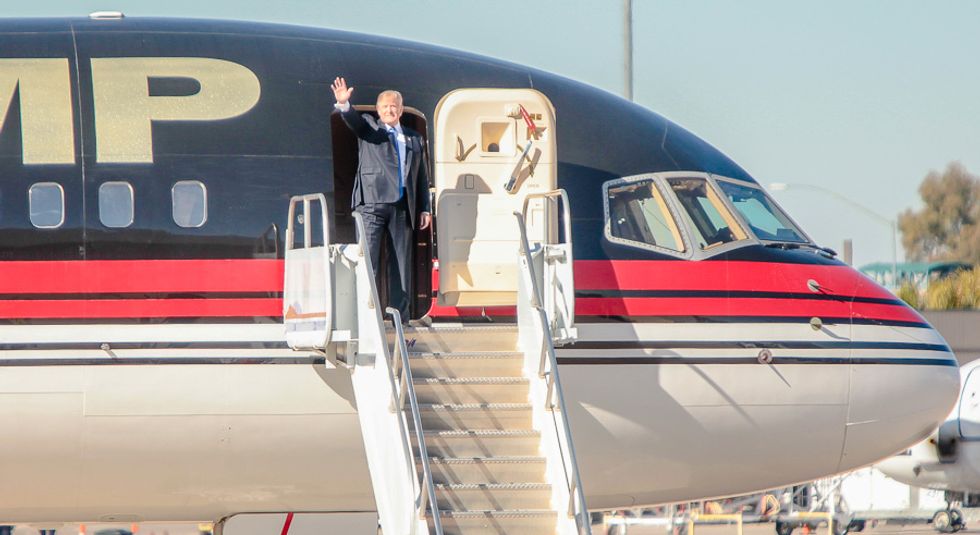 Donald Trump waves at crowd from his airplane (Gage Skidmore/Flickr)

In July, The New York Times reported that Trump and Pence "impromptu dinner" after the GOP candidate's plane was grounded by "mechanical problems."

"And at some point during the evening, Mr. Trump asked Mr. Pence if he would say yes, were Mr. Trump to offer him the No. 2 slot," according to the Times.

But a Sunday report in the New York Post revealed that Manafort took the dramatic step of lying to Trump about mechanical problems with the plane after his boss tentatively selected Christie for the V.P. slot.

“Trump had wanted Christie but Bridgegate would have been the biggest national story,” Trump source told the Post. “He’d lose the advantage of not being corrupt.”

Manafort left the campaign in August after question arose about his business ties with Russia.