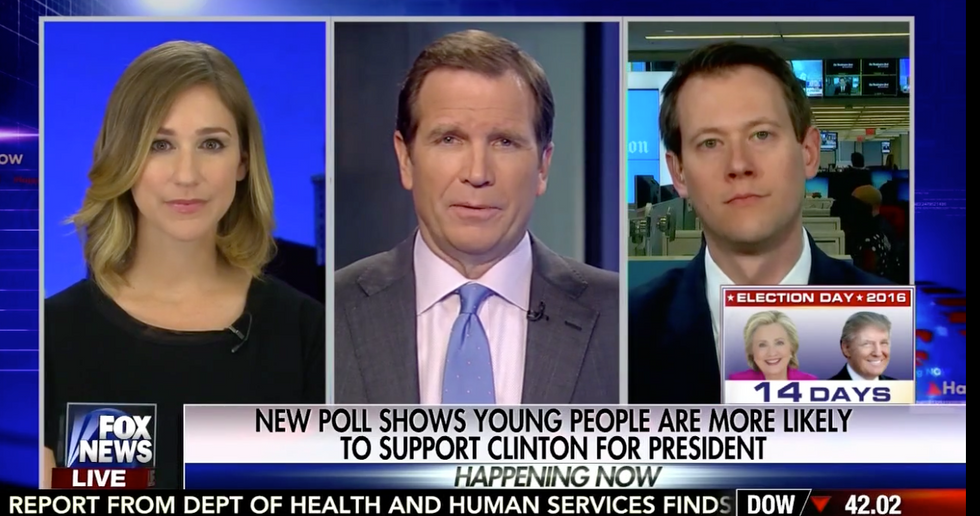 Panelists discussed voter support in swing states like Florida, Arizona, and Georgia, which have all been determined "toss-up" states this year.

Huey-Burns said, "The fact that Arizona is a toss-up race at this point really speaks to the uphill battle that Donald Trump will have getting to 270."

She continued, "If you look at the electoral map as it stands, Hillary Clinton has already reached that threshold. And when you add in the states in which she is leading, she already hits well over 270."

"The problem with Donald Trump right now," Huey-Burns says, "is that he is struggling to get Republicans on board, struggling to win Republican-leaning states. Utah has also been competitive."

According to Fox's figures and their 2016 Election scorecard, Clinton's electoral numbers are at 307, Trump's at 174, with 57 electoral votes that are up for grabs in battleground states like Arizona, Utah, Iowa, Ohio, and North Carolina.

Blake says, "The mere fact that we're talking about states like Arizona and Georgia being close to toss-ups, the fact that Texas is somewhat close — if he loses any of those states, this race is over. It's already done."

Can the Republican nominee bring up his numbers ahead of Election Day? With just two weeks left in the race for the White House, Huey-Burns says, Trump winning "would take a comeback of historic proportions."

You can watch the full segment below.