President Obama rips 'insecure' Trump: 'He pumps himself up by putting other people down' 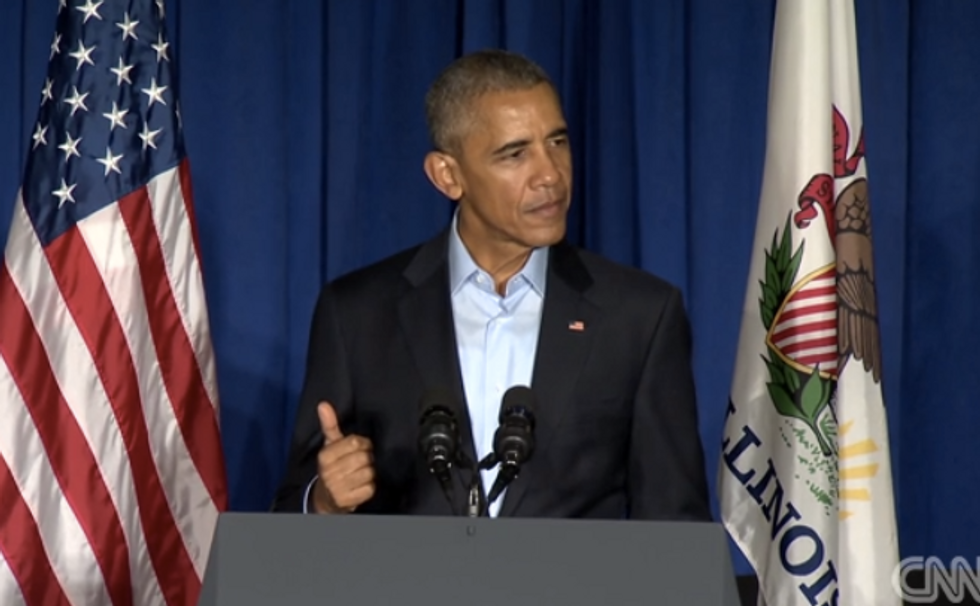 On Sunday, Pres. Barack Obama tore into Republican presidential nominee Donald Trump, who Obama said does not represent America or its values.

CNN reported that Obama was speaking at a rally for Rep. Tammy Duckworth (D-IL) who is running for the U.S. Senate.

"One of the most disturbing things about this election is just the unbelievable rhetoric coming at the top of the Republican ticket," the president said. "I don't need to repeat it. There are children in the room."

"It tells you a couple of things about him. It tells you that he's insecure enough that he pumps himself up by putting other people down. Not a character trait that I would advise for somebody in the Oval Office," Obama continued. "It tells you that he doesn't care much about the basic values that we try to impart to our kids."

"It tells you he'd be careless with the civility and the respect that a real, vibrant democracy requires. And it sure as heck tells you that he's never met somebody as tough or smart or patriotic as Tammy Duckworth," he said.

Duckworth is an Iraq War veteran who lost both her legs in a helicopter crash when the chopper she was flying was struck by a rocket-propelled grenade. She is running against Republican Sen. Mark Kirk.