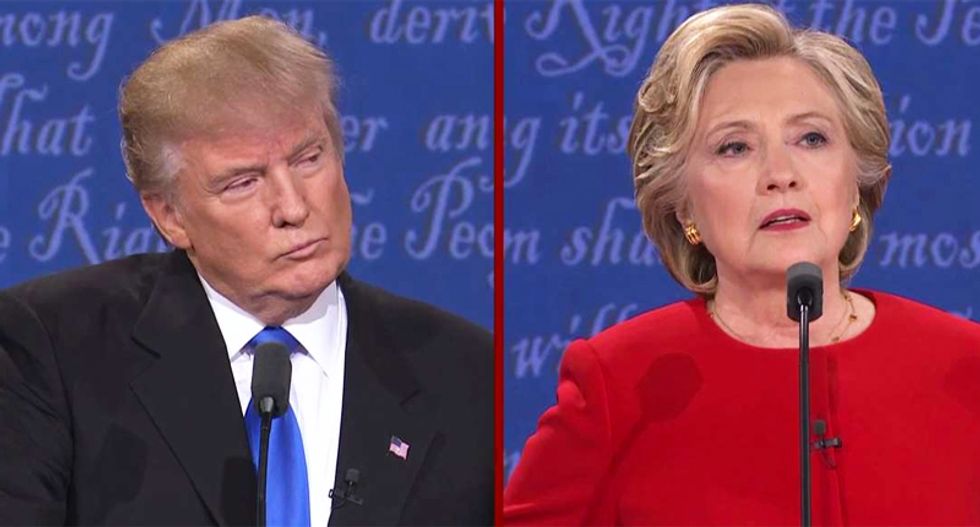 The U.S. presidential race tightened in a number of traditional battleground states, though Democrat Hillary Clinton remained the favorite to win the White House, according to the latest Reuters/Ipsos States of the Nation project poll released on Monday.

The project, which uses a national online opinion poll of more than 15,000 people, showed that, as of Thursday, Clinton and Republican rival Donald Trump were running nearly even in support in Florida and Ohio: states where she had held an advantage. Arizona, where Trump had held an advantage, was also considered a toss-up.

Meanwhile, Maine, Oregon and Pennsylvania were considered states that Clinton would likely win. They had previously been considered toss-ups.

Overall, the project showed that Clinton continued to hold the advantage over Trump in the Electoral College, the body that ultimately picks the president.

If the U.S. presidential election were held today, Clinton would lead Trump 246 to 180 in the Electoral College, and had an 88 percent chance of gaining the 270 electoral votes needed to become the U.S. chief executive.

A separate Reuters/Ipsos online poll showed that a majority of Americans felt that Clinton won last week’s presidential debate. Over the past several weeks, the Democrat had maintained a lead of 4 to 5 percentage points in support over Trump among likely voters.