REVEALED: Chicago cops kept top city officials in the dark with a secret budget — and used it to spy 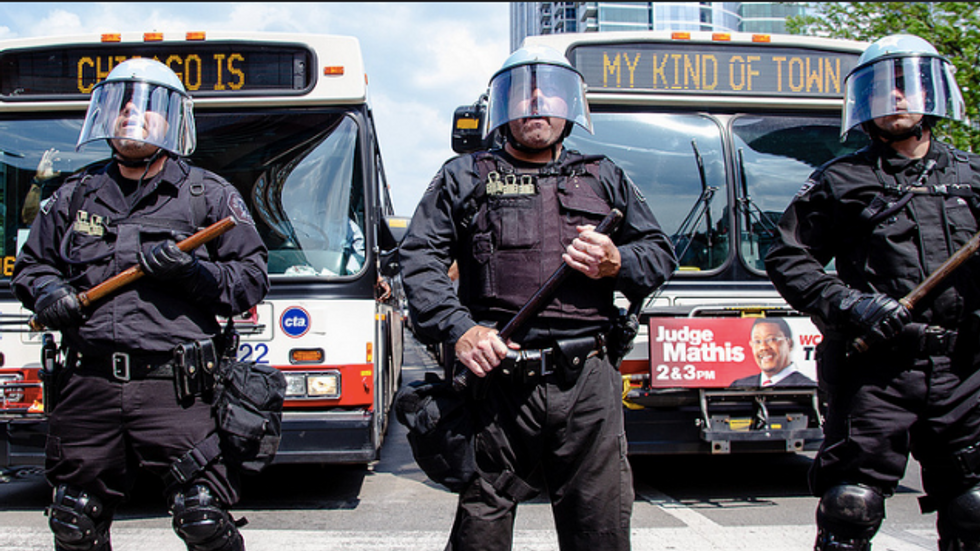 The Chicago Police Department finds itself at the center of yet another corruption scandal after racking up a secret budget of nearly $72 million in cash and assets since 2009, the Chicago Reader revealed.

The money was obtained through the CPD's use of civil asset forfeiture, which allows police to seize property including vehicles, cash, or real estate that they allege was used for a crime.

According to the ACLU, the property owner does not have to be "arrested or convicted of a crime" for their property to be seized permanently and either kept or resold.

The money obtained through civil forfeiture was shared between the CPD, which kept nearly $47 million, and the Cook County State's Attorney's office, which received nearly $18 million. The Illinois State Police also received almost $7.2 million, according to the Chicago Reader.

CPD kept city officials in the dark and maintained the funds outside of its public budget, and instead through a secret bank account, which was managed by one CPD bureau, Fusion notes.

During a City Council Finance Committee last Friday, Ed Burke, Chicago's longest-serving alderman said, "I've been here for 47 years. Gone through 47 budget hearings. And I can't recall once that this has been disclosed to the City Council."

According to the budget breakdown, CPD used the $47 million secret slush fund for its drug and gang units and for surveillance equipment, including GPS trackers and cell-site simulators, also known as StingRays.

The technology, while lacking judicial oversight, has been used to monitor activism in the city, including Black Lives Matter organizing, VICE reported.

The CPD has been at the center of various scandals in recent years. In 2015, the Guardian revealed that CPD had maintained a CIA-style black site prison at an abandoned warehouse at Homan Square where more than 7,000 people were "disappeared" for interrogation.

According to the Guardian, the facility served as a headquarters for the CPD's "narcotics, vice and intelligence units."

The CPD used its forfeiture funds to purchase and install an Automatic License Plate Reader (ALPR) system outside of the facility in 2010, according to the documents obtained by the Reader.

Alexandra Holt, Mayor Rahm Emanuel's budget director said to the Chicago Sun Times, "With this being brought to light even in a grand sense, that spending does need to be scrutinized. No disagreement from me at all. We're putting tighter controls on them to make sure it's done in a way that's transparent."

Since 2009, the CPD has made 4,700 individual purchases with the civil forfeiture fund.