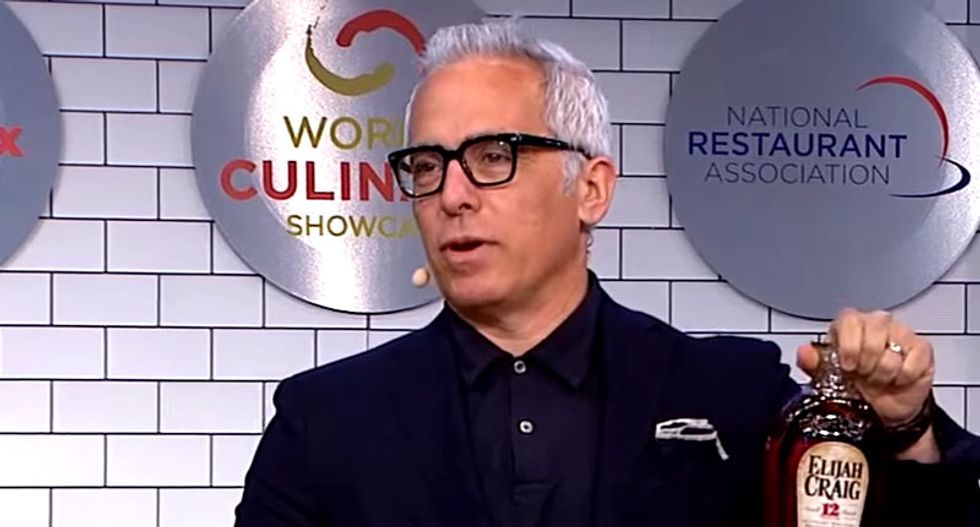 Don't stay at Donald Trump's new hotel in Washington, D.C. expecting to get the same high-quality taco bowls you can supposedly get at the Trump Tower.

Via the Daily Mail, Washingtonian is reporting that Trump had originally recruited celebrity chefs José Andrés and Geoffrey Zakarian to work as his new DC hotel, only to be rebuffed after he refused to apologize for saying that Mexico is intentionally sending "rapists" across the border to the United States.

The two chefs are now being sued by the Trump brand after they allegedly broke lease agreements to open up restaurants within the hotel, Washingtonian says.

Andrés, a chef who was born in Spain and who became an official United States citizen in 2013, was particularly offended by Trump's depiction of undocumented immigrants as low-life criminals.

"You know how many busboys I have?" he fumed to a friend after hearing Trump's first campaign speech. "How many people are out in the fields picking the produce I serve in my restaurants? You know how many customers I have who are Mexican? I would never live with myself to know that I’m associating myself with somebody who demeans them in that way."

Zakarian, meanwhile, called up Donald Trump Jr. and threatened to break his lease if his father didn't publicly walk back his comments on immigrants. The chef was worried that being associated with Trump after his controversial comments would doom his own brand.

Trump Jr., as you might expect, said his father would absolutely not budge.

Check out the full story at this link.