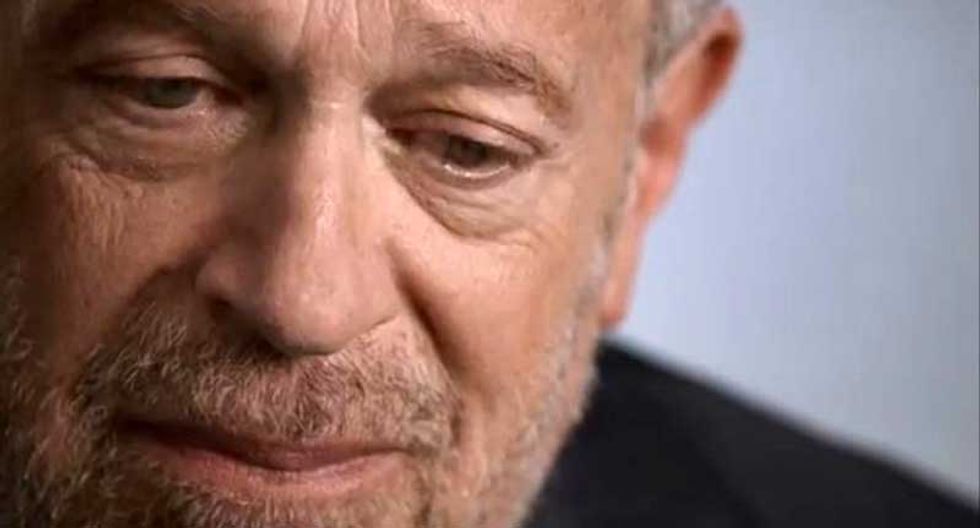 Screenshot of Robert Reich from the documentary "Inequality for All"

Donald Trump’s warning that he might not accept the results of the presidential election exemplifies his approach to everything: Do whatever it takes to win, even if that means undermining the integrity of the entire system.

The Republican Party as a whole has embraced this philosophy for more than two decades. After Newt Gingrich took over as Speaker of the House in 1995, compromise was replaced by brinksmanship, and normal legislative maneuvering was supplanted by threats to close down the government – which occurred at the end of that year.

Like Trump, Gingrich did whatever it took to win, regardless of the consequences. In 1996, during the debates over welfare reform, he racially stereotyped African-Americans. In 2010 he fueled the birther movement by saying President Obama exhibited “Kenyan, anticolonial behavior.” Two years later, in his unsuccessful bid for the Republican presidential nomination, he called President Obama the “food stamp president.“

As political observers Norman Ornstein of the American Enterprise Institute and Thomas Mann of Brookings have noted, “the forces Mr. Gingrich unleashed destroyed whatever comity existed across party lines.” Gingrich’s Republican Party became “ideologically extreme; scornful of compromise; unmoved by conventional understanding of facts, evidence and science; and dismissive of the legitimacy of its political opposition.”

In truth, it’s not just Republicans and not just relationships between the two major parties that have suffered from the prevailing ethos. During this year’s Democratic primaries, former Democratic National Committee chair Debbie Wasserman-Schultz and her staff showed disdain for the integrity of the political process by discussing ways to derail Bernie Sanders’s campaign, according to hacked emails.

The same ethos is taking over the private sector. When they pushed employees to open new accounts, Wells Fargo CEO John Strumpf and his management team chose to win regardless of the long-term consequences of their strategy. The scheme seemed to work, at least in the short term. Strumpf and his colleagues made a bundle.

Mylan Pharmaceuticals CEO Heather Bresch didn’t worry about the larger consequences of jacking up the cost of life-saving EpiPens from $100 for a two-pack to $608, because it made her and her team lots of money.

Martin Shkreli, former CEO of Turin Pharmaceuticals, didn’t worry about the consequences of price-gouging customers. Called before Congress to explain, he invoked the Fifth Amendment, then tweeted that the lawmakers who questioned his tactics were “imbeciles.”

A decade ago, Wall Street’s leading bankers didn’t worry about the consequences of their actions for the integrity of the American financial system. They encouraged predatory mortgage lending by bundling risky mortgages with other securities and then selling them to unwary investors because it made them a boatload of money, and knew they were too big to fail.

Even when some of these trust-destroyers get nailed with fines or penalties, or public rebuke, they don’t bear the larger costs of undermining public trust. So they continue racing to the bottom.

Some bankers who presided over the Wall Street debacle, such as Jamie Dimon of JPMorgan Chase, remain at the helm – and are trying to water down regulations designed to stop them from putting the economy at risk again.

Meanwhile, according to the New York Times, Newt Gingrich is positioning himself to be the politician best able to mobilize Trump supporters going forward.

“I don’t defend him [Trump] when he wanders off,” Gingrich recently told ABC News. But “there’s a big Trump and there’s a little Trump,” he said, explaining that the “big Trump” is the one who has created issues that make “the establishment” very uncomfortable. “The big Trump,” he said, “is a historic figure.”

By stretching the boundaries of what’s acceptable, all the people I’ve mentioned – and too many others just like them – have undermined prevailing norms and weakened the tacit rules of the game.

The net result has been a vicious cycle of public distrust. Our economic and political systems appear to be rigged, because, to an increasing extent, they are. Which makes the public ever more cynical – and, ironically, more willing to believe half-baked conspiracy theories such as Trump’s bizarre claim that the upcoming election is rigged.

Leadership of our nation’s major institutions is not just about winning. It’s also about making these institutions stronger and more trustworthy.

In recent years we have witnessed a massive failure of such leadership. Donald Trump is only the latest and most extreme example.

The cumulative damage of today’s ethos of doing whatever it takes to win, even at the cost of undermining the integrity of our system, is incalculable.