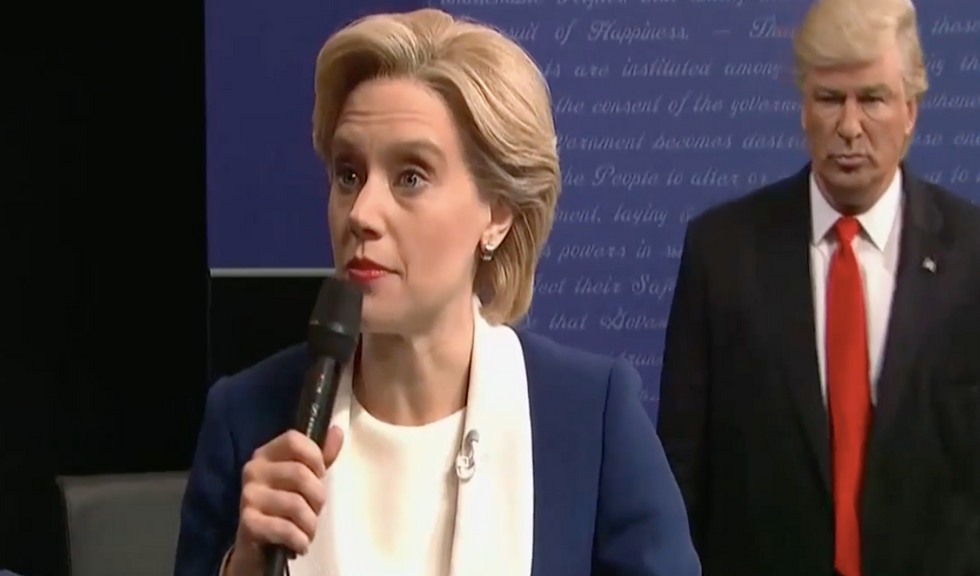 Trump and Clinton met again for their second debate, in which they refused to shake hands and then Trump stalked around the stage to the soundtrack from the shark attack film Jaws.

"They are undecided, uncommitted and not remotely camera-ready," said debate moderator Martha Raddatz of the voters who would be asking the candidates their questions. Then, she and Anderson Cooper each took a fortifying shot of whiskey.

When asked if he feels he is modeling appropriate behavior for an adult to demonstrate in front of children, Trump answered, "Anderson, I love the kids. I love them so much I marry them."

When Trump played his "power move" of introducing the four women who accuse former Pres. Bill Clinton of sexual misconduct, Clinton made a great show of putting on the voice of a distressed Southern belle and pretending to beg him not to do it before snapping back to herself and quipping, "Get real, I'm made of steel. This is noting. Hi, girls!"

Watch this .gif of the opening handshake -- or lack thereof:

And this .gif of we're not sure what: