Should you be freaking out about 'The Big One' earthquake annihilating Southern California? 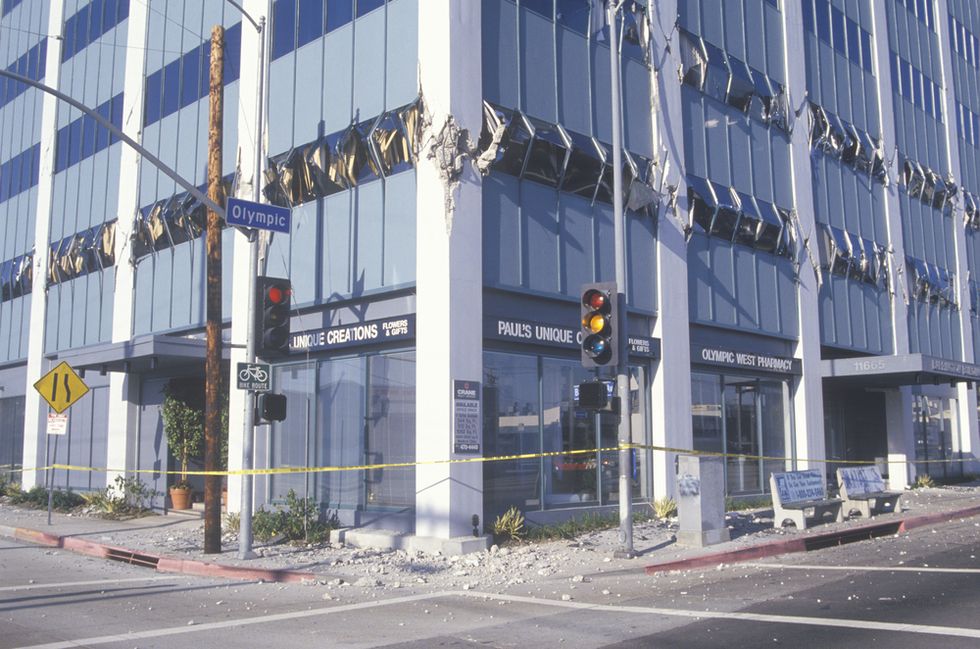 A recent "swarm" of small earthquakes along one of California's fault lines has touched off fears that the state is headed for a catastrophic "killer quake" that will kill thousands, displace millions and cost billions.

Scientific American magazine's Rosetta Stones blog said on Thursday that the people of California should resist the urge to panic, but that a little earthquake preparedness never hurt anybody.

Last week, a series of small temblors in the Salton Sea area prompted seismologists to issue an advisory that a major earthquake could be on the way for southern California, which lies atop the San Andreas fault. The increased seismic activity, they warned, could indicate the approach of the a massive earthquake like the long-dreaded disaster quake known as "The Big One," which would kill thousands and devastate the state's economy.

"In the Salton Sea, the earthquake swarm last week changed the odds of an earthquake of at least M7 on the San Andreas fault to between 1 in 3000 and 1 in a 100 for the following week," said Vidale. "That's all the spate of news stories means. No new discoveries, but there is a new willingness to tell the public of small changes in the odds of earthquakes, and new methodologies to be somewhat specific in the size of the probabilities."

He continued, "In the terminology that seismologists use, this is forecasting -- estimating the rate of earthquakes, not predicting -- which is guessing when, where, and how big will be an upcoming quake."

Garry Hayes -- a geology professor at Modesto Junior College -- said, "Swarms happen all the time, and many don't lead to more activity. But on rare occasions they do lead to larger quakes. How to respond? Panic? Of course not. But it's like checking your fire alarms on daylight savings: check and see if you are ready for a large earthquake. Do you have water, food, first aid kit? Do you have a family plan for if you are separated? Review the risks and expectations of a large earthquake, and educate yourself. And most important of all: don't believe inflammatory internet headlines."

Hunter directed readers to Scientific American's guide to earthquake preparedness and urged Californians to visit The Great California ShakeOut website to learn more about their region's specific risks and hazards.

U.S. Geological Survey research seismologist Rob Graves told the Los Angeles Times that the Salton Sea activity has been dying off and the region is looking less seismically active for now.

“It’s getting pretty close to the background level -- which is not zero; there’s always a chance of having a major earthquake,” said Graves. “It’s been almost a week since the swarm activity has subsided, and so that’s about the time window we’d be looking at for its effects to diminish.”