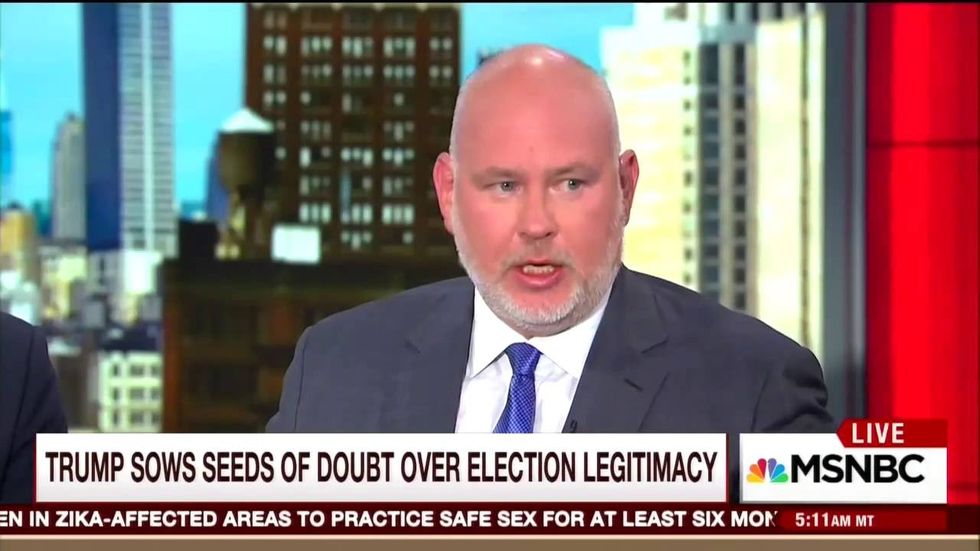 Donald Trump's campaign has been in a death spiral ever since the infamous "pussy grab" video leaked -- and at least one GOP strategist thinks he's trying to drag the rest of the country down with him.

Appearing on MSNBC Wednesday, longtime GOP strategist and former McCain campaign manager Steve Schmidt compared Trump right now to Japanese kamikaze pilots at the end of World War II who launched desperate attacks aimed solely at causing as much damage as they could with limited resources.

"I think it's a signal of desperation in the campaign, and he is advised by people who largely come out of the world of Clinton conspiracy theories and they've made a decision that they want to run their fantasy campaign targeting the Clintons in the way that they are," Schmidt told MSNBC's Stephanie Ruhle. "At the end of World War II, the Japanese launched kamikaze attacks using fully loaded manned aircraft with bombs and gasoline to fly into and crash into allied planes, into American ships."

Schmidt then went on to note that while those attacks caused a lot of destruction, they didn't affect the final outcome of the war -- just as Trump's suicide attacks won't alter the outcome of the election.

That said, he also believes that Trump's horrific campaign will leave a permanent stain on civic life in the United States that it will take a long time to get over.

"While this race is a grotesquery, it is a stain on our civic life and it is something the country will have to recover from," he said.