‘Sad day for America’: Internet furious about #OregonStandoff verdict vs. treatment of #BlackLivesMatter and #StandingRock 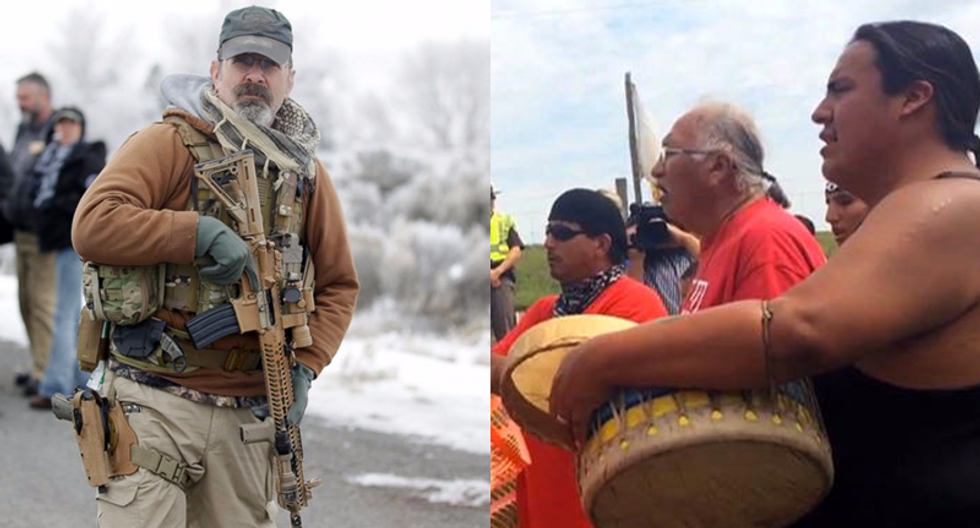 The internet was shocked by the jury declaring those involved in the Oregon standoff were innocent while those involved in the Black Lives Matter movement are still called terrorists by the right-wingers who stand with the Bundy family's occupation of government lands. Others online were simply disgusted that those protesting on Native lands at Standing Rock are being carted away in police vans while the Budy family and their allies are walking free.

Here is just a selection of the outrage and disgust:

Sad day for America: white people armed to the teeth at #oregonstandoff all found not guilty while #StandingRock protesters removed by force
— Carl Segerstrom (@Carl Segerstrom) 1477610295.0

I want to see those (like Trump) who cry about law and order at #BlackLivesMatter protests talk about it with the #Oregonstandoff
— Garrett Khoury (@Garrett Khoury) 1477611543.0

So, ok to occupy a wildlife refuge, but protect ancestral grave sites and you get National Guarded. America 2016 #nodapl
— Bill McKibben (@Bill McKibben) 1477611920.0

The #StandingRock protesters are being arrested while the Bundy idiots are being set free - what's wrong with this… https://t.co/yCZ4FEF2Kk
— Phillydude (@Phillydude) 1477611296.0