'The View' gives Megyn Kelly rave reviews for taking down Newt: 'He was bleeding from wherever' 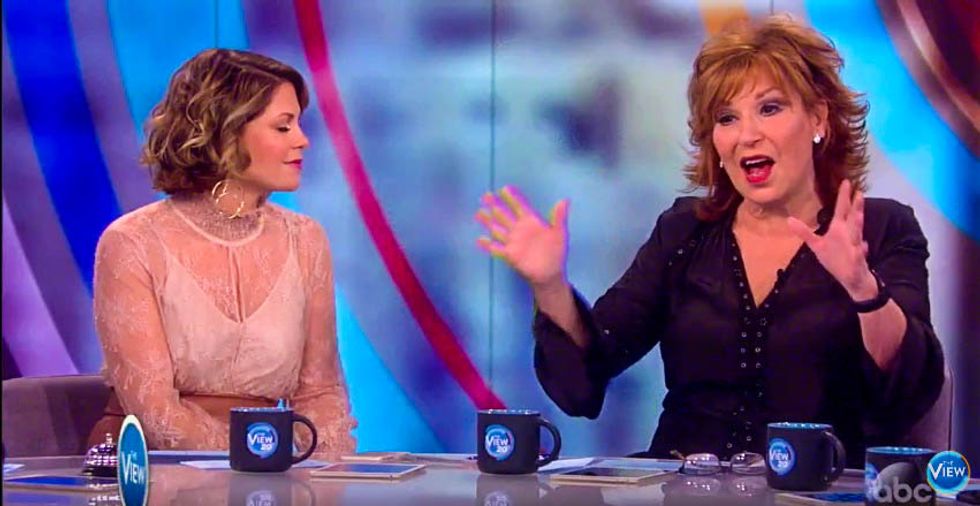 Newt Gingrich's heated interview with Megyn Kelly is still a hot topic of discussion, and the women of ABC's The View are decidedly on Team Kelly.

During a Wednesday segment, the women on the show uniformly praised Kelly for keeping her composure as Gingrich accused her of being obsessed with sex after she said it was possible that Donald Trump is a "sexual predator."

"Megyn got him, he was bleeding from wherever," gushed co-host Joy Behar, with an obvious reference to Donald Trump's infamous statement that Megyn Kelly had "blood coming out of her wherever" during a debate last year. "She nailed him, you know what I mean? When I watched that, I was like, 'Yes!'"

Co-host Jedediah Bila, who has worked with Kelly in the past, also applauded her performance and said that Gingrich clearly was not prepared if he thought he was going to get a Hannity-esque softball Fox News interview.

"Newt Gingrich needs to watch The Kelly File, because she is tough on everyone," she said. "She's not somebody who picks favorites, she's somebody in this business who does her job. It's not her fault that Donald Trump has said and done some horrible things -- that's Donald Trump's fault."