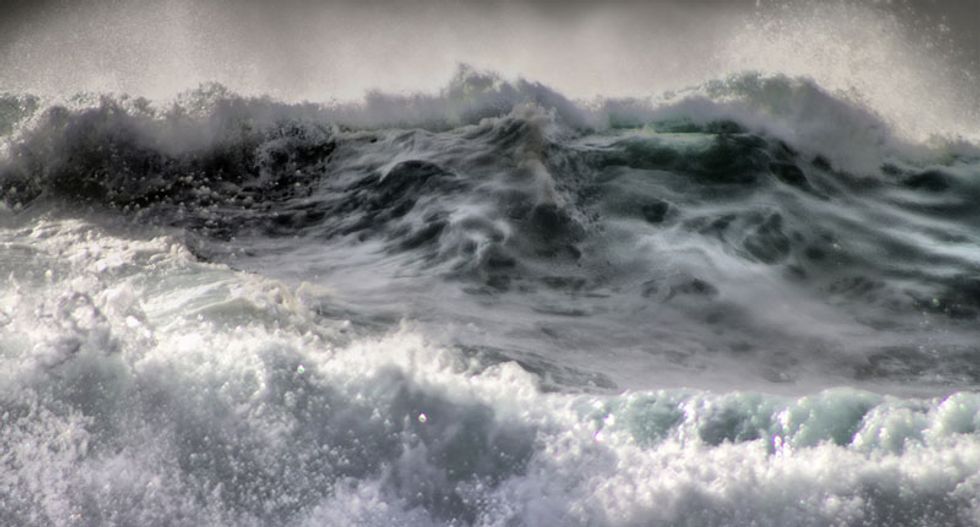 Hurricane Matthew has a chance to break the decade-long major hurricane drought in the U.S. The storm could bring punishing winds, heavy rains and storm surge to Florida as early as Thursday.

The potential risks that storm surge poses are particularly worrisome for parts of Florida as the center of Matthew is likely to approach the coast on Friday morning during high tide. Matthew’s surge and winds have already caused major damage in coastal areas in the Caribbean.

Baracoa, a city of nearly 82,000 on the northeast corner of Cuba, was hit particularly hard by storm surge. The center of Matthew passed just to the east of the city, but the shape of the coast helped funnel powerful storm surge ashore. Videos and photos emerging on social media show rubble-strewn streets and collapsed buildings in the wake of the storm.

As of Thursday morning, Matthew was sporting 140 mph winds as it plowed across the Bahamas. Some additional strengthening is possible before it reaches Florida. The worst impacts to the state are likely to come Friday.

Exactly how much storm surge comes ashore in different parts of Florida depends in large part on Matthew’s track, but forecasts indicate that 6 to 9 feet of surge is possible for Cape Canaveral, located about 70 miles south of Daytona Beach, as well as Jacksonville, and all the way up to Edisto Beach in South Carolina. To the south of the Space Coast, 3 to 5 feet of storm surge is expected. Numbers only tell part of the story. To help illustrate the potential severe impacts, WXshift has created graphics using the National Oceanic and Atmospheric Administration storm surge forecast and Google Earth.

These renderings are not intended to be a forecast of exact impacts. A shift in Matthew’s track of just 10 miles could be the difference between major impacts and relatively minor ones, not just in terms of storm surge but also rain and wind.

Warming oceans and melting glaciers have added about 8 inches to sea levels near Jacksonville since the start of the 20th century. Research has also shown an increase in the frequency of large storm surge events in the Atlantic hurricane basin since 1923.

Marshall Shepherd, an atmospheric scientist at the University of Georgia, has an instructive post over at Forbes about what you need to know about monitoring Matthew. His first point is particularly relevant:

“The forecasts evolve. Just because you saw a forecast on Saturday, it doesn’t mean that it has not or will not change. It is not uncommon for someone to say, 'But I thought the storm was going to ____ because that is what they said 3 days ago.' Hurricane track forecasts have improved over the past few decades, but there is still significant error. Intensity forecasts are even more challenging. Watch the evolving forecast rather than exclusively relying on one you saw days ago.”

These maps are one piece of that evolution. We’ll be updating them regularly as new forecast information becomes available. In the meantime, it doesn’t hurt to consider the sixth point in Shepherd’s post if you live anywhere along the Florida coast: “Prepare for the worst but if the worst doesn’t happen say thank-you.”

This originally appeared on WXshift.com.