Trump attacked one of his attempted rape accusers just this year: 'The woman has real problems’ 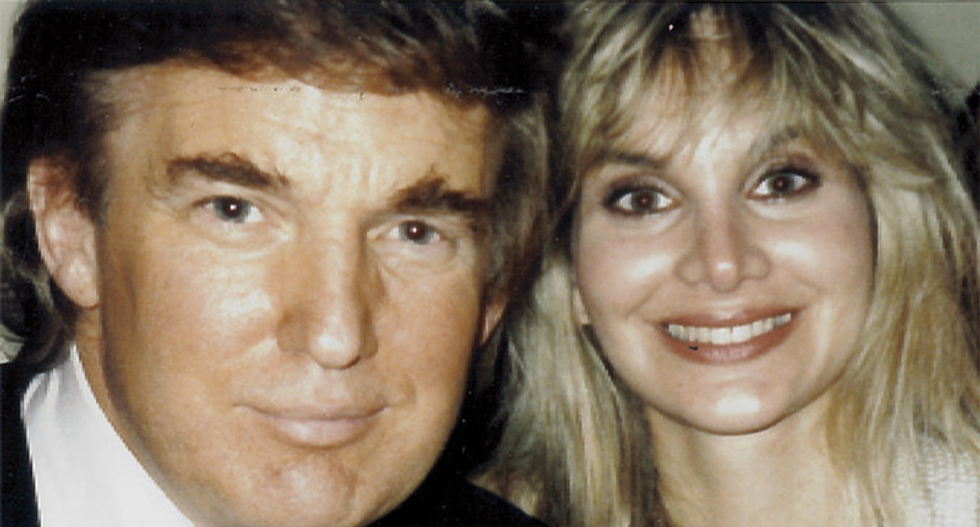 Donald Trump with Jill Harth in 1992. (Photo by: George Houraney)

Before the Sunday night debate began, Donald Trump was in a conference room with three women who have accused former President Bill Clinton of sexual harassment or sexual assault. But while Trump was playing the understanding and sympathetic character, he was concealing a history of shaming his own accusers of sexual harassment and sexual assault.

“Hillary Clinton attacked those same women, attacked them viciously," Trump has said throughout the campaign. “Bill Clinton has actually abused women and Hillary has bullied, attacked, shamed and intimidated his victims,” he said in his video apology late Friday night.

While Trump might be talking about something that happened 11 to 20 years ago, just this summer and previously in February, Trump went after former business partner Jill Harth, who accused Trump of sexual assaulting her in the 1990s. But long before the New York Times story over the weekend, LawNewz sat down with Harth. Just a few minutes after publishing their interview, the site says Trump was on the phone to them, denying the allegations and also attacking Harth.

According to their report, Trump told LawNewz that Harth has issues. “If you look in the National Enquirer, there was a story in there that she was in love with me. The woman has real problems,” he told the site. “It’s ridiculous, I’ve never touched this woman.”

Harth also confessed that Trump sent his attorney to try to get her to change her story. In the incident with Harth in the 1990s, she describes Trump forcing himself on her, sliding his hand up her skirt and between her legs and trying to find ways he could get her alone. When the lawsuit was unearthed in February, Harth got the call from Trump's lawyer saying she needed to keep her mouth shut.

“When your story broke, Donald stuck that lawyer on me right off the bat,” she said, “He was out to protect Donald. He didn’t care how this affected me.” Trump's attorney Michael Cohen tried to help her “re-understand” what actually happened. It didn't work.

“He was trying to turn it around like this was something different,” she explained, saying Cohen was trying to convince her Trump was just flirting. “But I think if you try to woo a woman it is mutual. Not just push somebody up against a wall,” she said.

She ultimately withdrew her lawsuit after Trump agreed to a settlement out of court. She stands by her story.

“He can say whatever he wants I know it’s true, I am a part of his past he wants to forget,” she said.