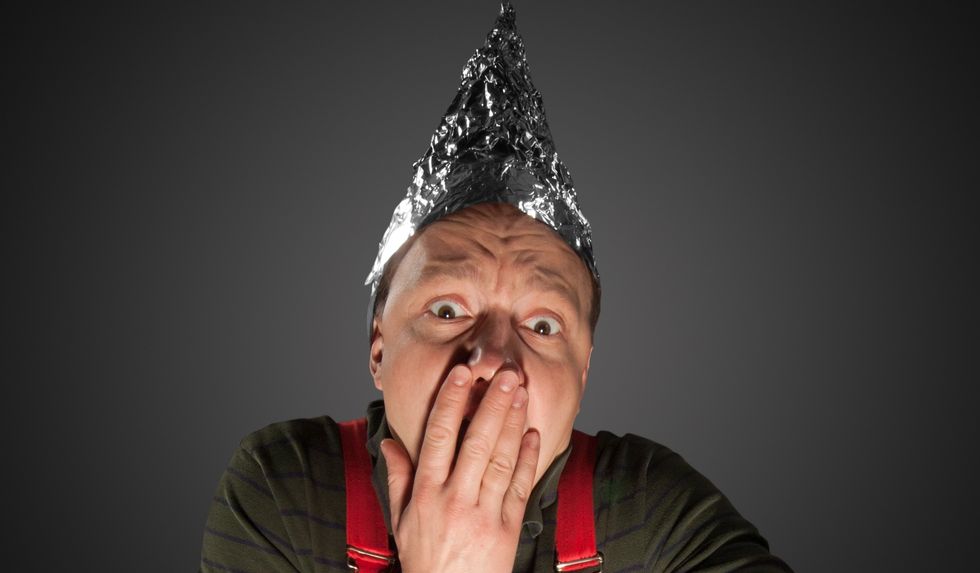 A man in a tin foil hat (Shutterstock).

If you see your Facebook feed flooded with hyped-up stories of alleged anti-Trump "voter fraud," you should take them all with a massive grain of salt.

The reason for this is simple: The alleged voter fraud scare stories are bunk. Throughout this week, we've seen examples of Trump fans on the web trying to prove a massive voter fraud conspiracy with a series of anecdotes that completely fall apart upon closer inspection.

However, Tarrant County Elections Administrator Frank Phillips told the Fort Worth Star-Telegram earlier this week that he investigated the woman's complaint and found that it was her own mistake that made her vote flip from Trump to Clinton.

"Our investigations have indicated that the voter did not follow the directions for straight-party voting when they inadvertently click the ‘enter’ button or turn the wheel, causing the change in votes," he said. "Further, in each incident where we could actually speak to a voter, they tell us that they discovered the changed vote on the summary screen display."

This is far from the only "voter fraud" myth that's cropped up this week, however.

The New York Times' Campbell Robinson notes that a fake news story about a man in Louisiana voting five times under different names started going viral on Facebook -- and forced the parish's clerk of court to issue a full statement pointing out that the story was a complete work of fiction:

BuzzFeed's Katie Notopolous, meanwhile, notes that a genealogy hobbyist in Ohio had the police called on him for taking photos in a graveyard. Apparently, a Trump fan saw him and suspected that he was going to use dead people's names to commit massive voter fraud. It turns out, however, that the photographer was a registered Republican, and he was very annoyed that he couldn't record genealogy without being questioned by the police:

And then there are the viral videos that are spreading around Facebook that purportedly show Democrats being caught in the act of voter fraud. Take this one, for example, which has been viewed more than 800,000 times:

There's just one problem with this video, however: As Snopes notes, the video was actually filmed in Russia and it was featured as part of a BBC report that aired back in September.

At any rate, all these stories show why you should be extremely skeptical whenever one of your conservative friends plasters their feed with "shocking," "bombshell," or "game-changing" voter fraud reports.