Trump: Obama should be investigated over Clinton email server 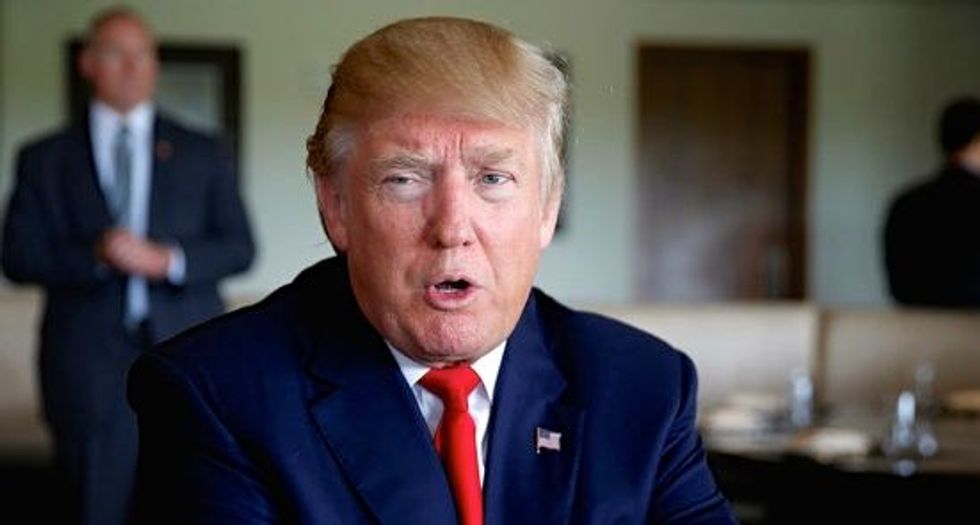 U.S. Republican presidential candidate Donald Trump said on Tuesday that President Barack Obama must be investigated over a private email server Hillary Clinton used while secretary of state, saying Obama "knew all about" her email arrangements.

"That's why he stuck up for Hillary, because he didn't want to be dragged in. Because he knew all about her private server," Trump said of the Democratic president in an interview with Reuters. "This means that he has to be investigated."

Clinton, Trump's Democratic rival in the Nov. 8 election, was Obama's first secretary of state from 2009 to 2013.

Wikileaks on Tuesday released a batch of hacked emails from the account of Clinton's campaign manager, John Podesta, which showed her Democratic presidential campaign reacting after Obama said in a television interview that he learned of the private email server through news reports.

"We need to clean this up – he has emails from her – they do not say state.gov," Cheryl Mills, a longtime Clinton aide, wrote in an email to Podesta after Obama made the comments in a March 2015 television interview.

Obama's spokesman, Josh Earnest, clarified the remarks after the 2015 interview, saying that while the president had Clinton's personal email address, which she used instead of government systems, he did not know details about its setup.

The State Department said in January it found 18 instances of messages between Clinton and Obama among the roughly 30,000 work emails Clinton returned to the department in 2014. None have been released because of a law that protects presidential communications from becoming public for several years.

Wikileaks has been releasing hacked emails in chunks for several weeks, but the Clinton campaign has not officially confirmed their legitimacy.

U.S. officials have said they believe Russia is behind recent hacks of Democratic Party systems, and reports have indicated the theft of Podesta's emails may be related.

Russian President Vladimir Putin has said his country is not to blame.

FBI Director James Comey in July said Clinton was "extremely careless" with her emails but that no "reasonable" prosecutor would bring charges.