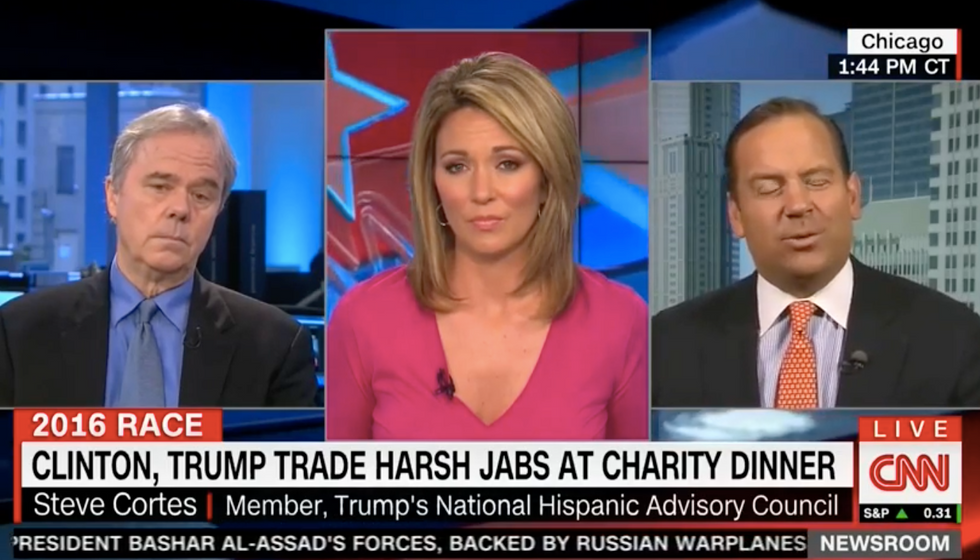 Steve Cortes, a spokesman for the Donald Trump campaign, told CNN on Friday that the arrest of Trump's father at a Ku Klux Klan rally in 1927 has no relevance to the 2016 election.

Mediaite reported that Cortes was annoyed by Daily Beast writer Michael Daly's article pointing out that the Trump family has long been known for its animosity toward the Catholic church. For Trump to appear at Thursday night's Al Smith dinner, Daly said, represents a purblind kind of arrogant hypocrisy that would be shocking if it was done by anyone but Trump.

On CNN Newsroom with Brooke Baldwin, Daly said Trump should never have been invited to the dinner at all due to his campaign's divisiveness, and that Trump's performance there was a "disgrace."

"You know what’s a disgrace," Cortes said, "is that you brought up the fact, unsubstantiated -- I shouldn’t say fact, allegation -- that his father was arrested in a Klan rally 90 years ago. Even if that’s true -- and I don’t know that it is -- does it have any relevance at all to 2016? I would argue no.”

It is a substantiated historical fact that Fred Trump was arrested on Memorial Day of 1927 for participating in a KKK rally that nearly turned into a riot in Jamaica, Queens.