Trump supporter tells CBS: He will make America great again like it was before 'the homosexuals' 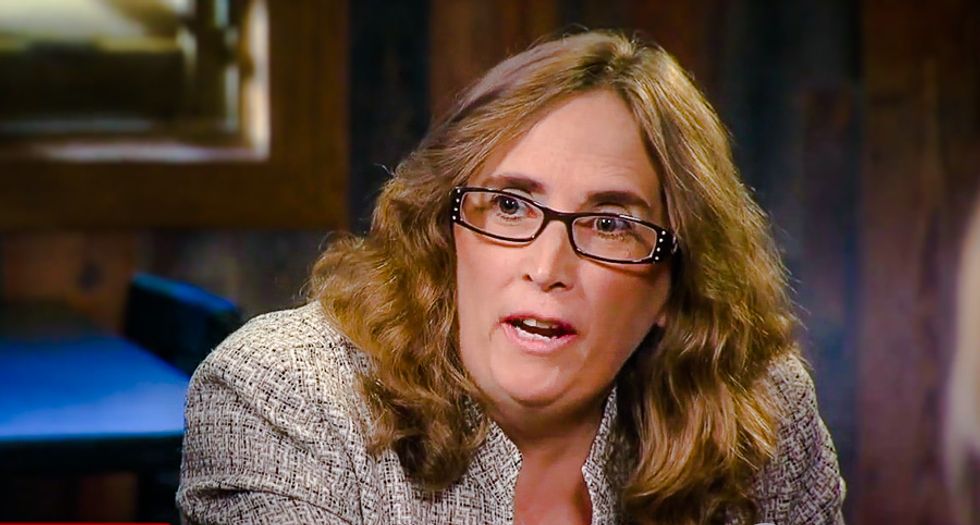 A Donald Trump supporter told CBS News this week that she hopes the Republican candidate will take America back to a time before abortions and "the homosexuals."

Following the third presidential debate, Face the Nation host John Dickerson spoke to a group of voters in Nevada about why they supported either Trump or Democratic nominee Hillary Clinton.

A voter named Barbara explained that she was motivated to support Trump because "morality and values" were important to her.

"Based on what the country was based on," she said. "I think that the laws that Obama has passed, the way the country has -- I call it down turning. Some of the other people are proud of it and happy for it. I personally am against it, the homosexuals, the abortions. All the stuff, I am against."

"When Donald Trump says 'Make American Great Again,' is that what you hear?" Dickerson wondered. "That it's going to go back to before the time that you're now describing?"

"That's part of it," Barbara agreed.

Confronted with the possibility that Clinton could win the election, Barbara replied with two words: "Oh no."