Trump’s man-crush is CNN's John King: 'I like him on the maps. He does a good job with the maps' 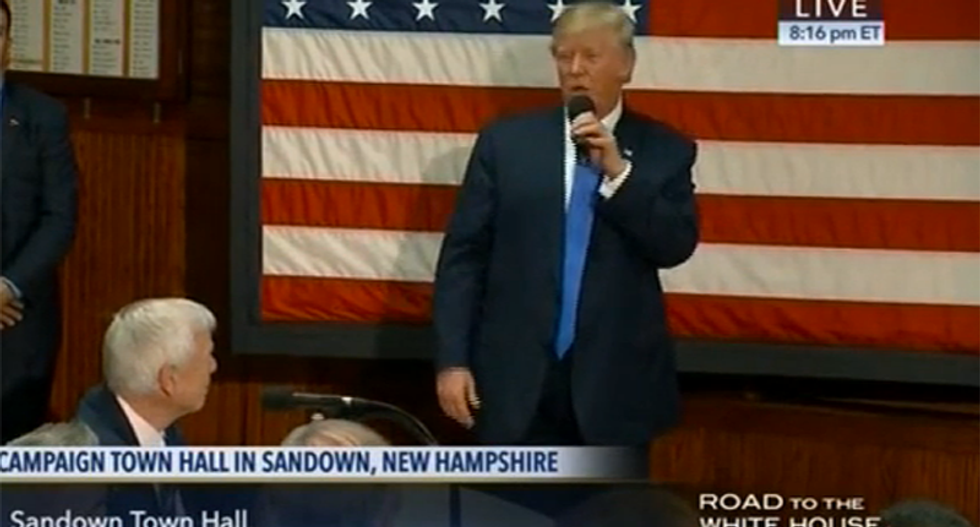 Despite having his old campaign manager Corey Lewandowski on staff, Donald Trump dedicated one of his dozen answers at Thursday's town hall to attacking CNN and CNBC's John Harwood.

Standing in front of a hand-picked crowd with pre-approved questions, Trump attacked Harwood as the worst debate moderator out of the Republican debates in the primary. "He was so bad. This guy knows nothing about me," Trump said.

He went on to call CNN the "Clinton news network" and mention that he likes John King, so long as he's playing with the maps on TV. "I like him on the maps. He does a good job with the maps," Trump said. But when it comes to a source King cited, Trump speculated that the "source" was fake. "No one talks to him," Trump said. "Cause, he's like the enemy. He's like the enemy."

He went on to poke fun at King for being at CNN for so long and not having his own show. King's show, "Inside Politics," airs weekdays at noon eastern and Sundays at 8 a.m. EST.

When talking about the way the media treated Pence after the debate, Trump said it was almost like Pence was "a child."