Van Jones: 'Donald Trump is like an elementary school on Saturday -- no class' 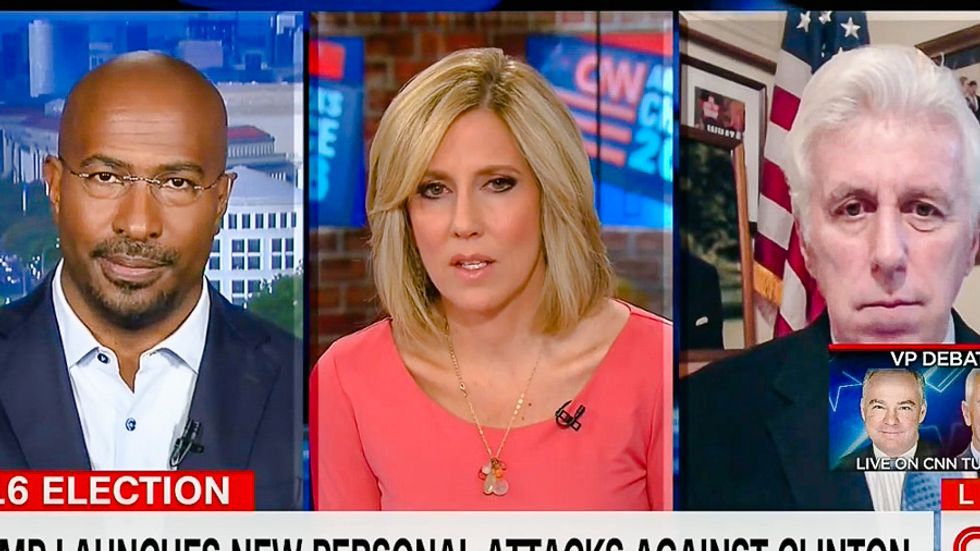 CNN political commentator Van Jones asserted on Monday that Donald Trump's attack on Hillary Clinton's personal life suggested that the Republican nominee did not have the temperament or judgement to be president of the United States.

During a discussion about Trump's unfounded claim that Clinton had cheated on her husband, CNN contributor Jeffrey Lord told host Alisyn Camerota that the candidate had been playing to the crowd.

"It's a throwaway line," Lord scoffed. "I don't think it means anything. He's in front of a crowd. The crowd is decidedly anti-Hillary. You know, he pops it off. This is going to disappear in a media cycle in less than 24 hours."

Jones, however, said that the comment revealed that Trump was "in day seven of a meltdown" that began with his poor performance at the first presidential debate.

"Donald Trump is like an elementary school on Saturday... no class," the CNN analyst declared. "This was a candidate who was actually doing quite well just a short seven, eight, nine days ago."

Although Jones said issues of character were fair game, he insisted that Trump had made a strategic error by making unsubstantiated claims about Clinton's marriage.

"You can raise tough issues, but when you raise false issues in a dumb way a month before you're supposed to be elected, it does not give people confidence in your temperament or your judgement."