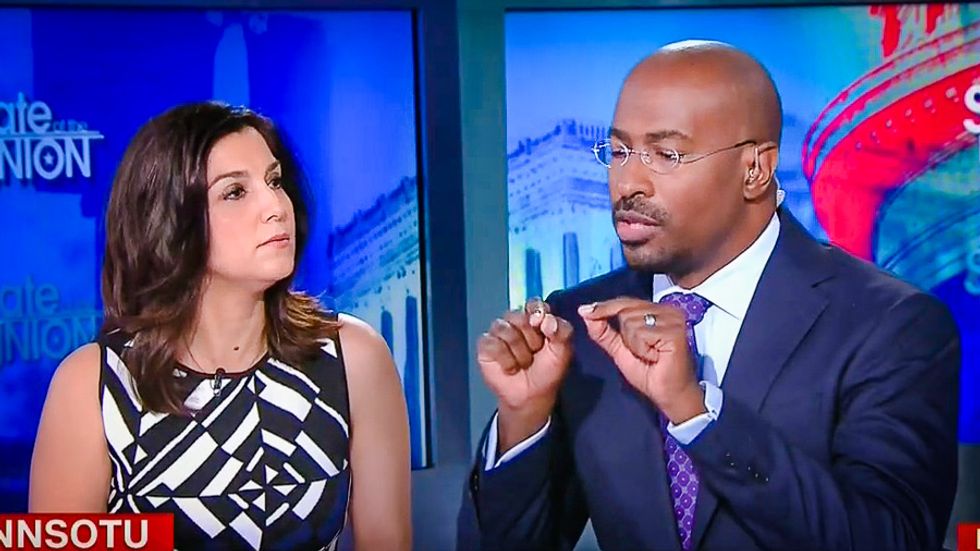 CNN political analyst Van Jones on Sunday pointed out to Trump supporter Rachel Campos-Duffy that the billionaire Republican nominee was "part of the corruption" if he had not paid federal income taxes for the last 18 years.

During a panel discussion on CNN about a New York Times report suggesting that Donald Trump had not paid taxes for nearly two decades, host Jake Tapper asked Campos-Duffy if the American people should be outraged.

Ignoring the question, the Trump surrogate accused President Barack Obama of being "the epitome of cronyism."

"Is that because he's a genius?" the CNN analyst continued. "It's because billionaires have armies of lobbyists to write the rules. Here's the deal: If you're obeying horrible rules that you helped to write, that doesn't make you a genius. It makes you a part of the corruption."

Center for American Progress CEO Neera Tanden noted that Trump could refute the allegation by releasing his tax returns.

"He's been hiding the information because he knows that saying you're a great businessman when you lose a billion dollars on casinos is really hard to do, but somehow he managed to do it," she remarked. "These are his personal income taxes and it shows that he's a hypocrite on his most basic argument of being a champion of the working people."

"Because he's basically saying, 'I'm going to run these cons, you have to pay your taxes, but I'm not going to.'"