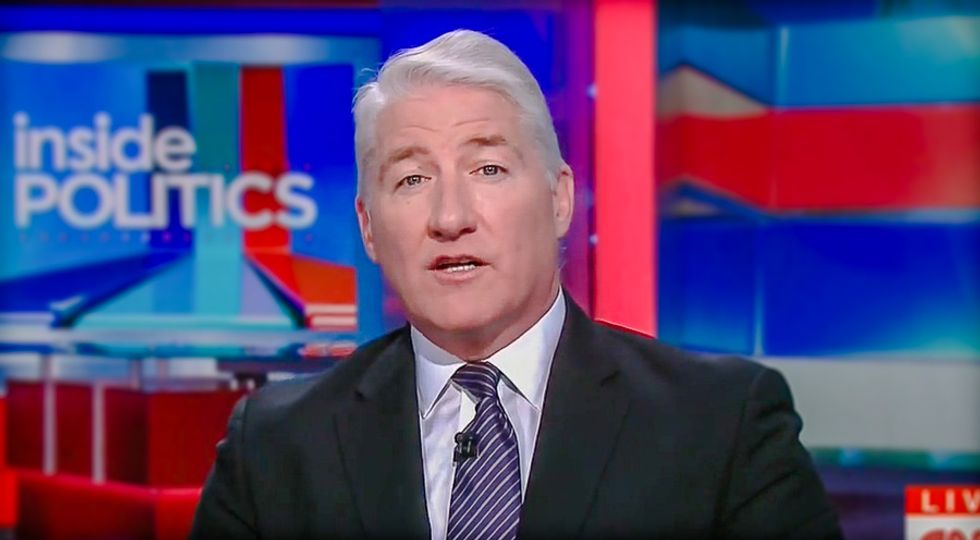 CNN host John King took time out of his Tuesday show to explain to Sen. Jeff Sessions (R-AL) that grabbing a woman's genitals without her permission is sexual assault.

While defending a leaked tape in which Donald Trump bragged that he grabs women "by the pussy," Sessions told The Weekly Standard that he did not consider the act to be sexual assault.

"I don't characterize that as sexual assault. I think that's a stretch," Sessions insisted to the conservative magazine.

"So if you grab a woman by the genitals, that's not sexual assault?" an interviewer at The Weekly Standard pressed.

"I don't know. It's not clear that he—how that would occur," Sessions replied.

On Tuesday, King carved a minute out of his broadcast to address the senator, who he noted "was an Army veteran, a former federal prosecutor, former Alabama attorney general, a law-and-order conservative, a devout Christian and a former Sunday school teacher."

"Sessions was asked about that tape, where Trump brags of forcing himself on women, including grabbing what we describe to our children as private parts," King said, adding that Sessions had initially refused to "characterize that as sexual assault."

"Forget politics for a moment, Senator," the CNN host pleaded. "What about your daughters and your seven granddaughters. Saying Trump is a better choice than Hillary Clinton, that's one thing. Saying what he described in that tape is not sexual assault -- forgive me, Senator -- that's an outrage."