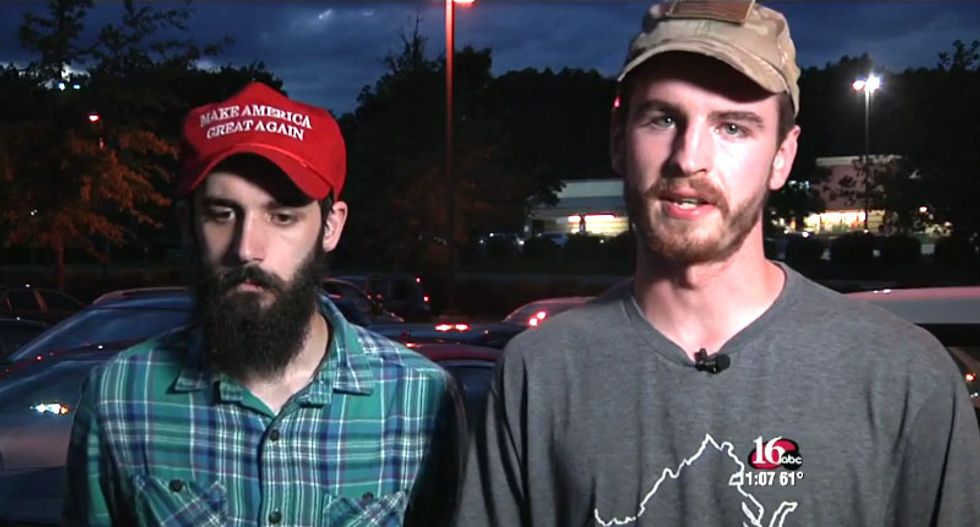 A Trump supporter, worried that there were other "closet" Trump supporters who felt unheard in Virginia, stood outside a Congressional candidate's campaign office for twelve hours while displaying a loaded firearm. Daniel Parks said that his protest was peaceful, but that he intended to "stand his ground" on behalf of other Trump supporters.

"I'm just trying to  provide a voice for someone who might be a closet supporter of Trump. Other people who are a little worried to speak out because of possible persecution," Daniel Parks told reporter Taylor Cairns. Cairns reported that the Parks, who was later joined by a friend, wanted people to know that they were not giving up the campaign "quietly."

Jane Dittmar is running for the 5th Congressional seat in Virginia as a Democrat. Her office is not a Hillary Clinton campaign office, and her volunteers admitted that they were both confused and intimidated by the men's protest.

"If he wants to support his candidate that's fine, but don't come here and stare into the office all day," said Su Wolff, one of Dittmar's volunteers.

"He turned sideways to be sure that we would see that he has an open carry gun, which is legal, and is fine, but it's intimidating," she said.

Parks insisted that he wasn't a threat, despite the fact that he was carrying a gun to a peaceful protest. Those who think so are ignorant: "We're not a threat to anybody, the only threat is ignorance, and ignorance breeds fear," he said.

Parks also told Cairns that Trump may leave the race, but he will continue to "speak out." "He [Trump] may be pulling out, but we're not pulling out, and I'm going to stand my ground. And I'm going to speak out for what I believe in, and I guess I would encourage everyone else to do the same."

Watch Video from CBS 19 NEWSPLEX below: