WATCH: Cops pull innocent family from home at gunpoint because dad has dreadlocks like murder suspect 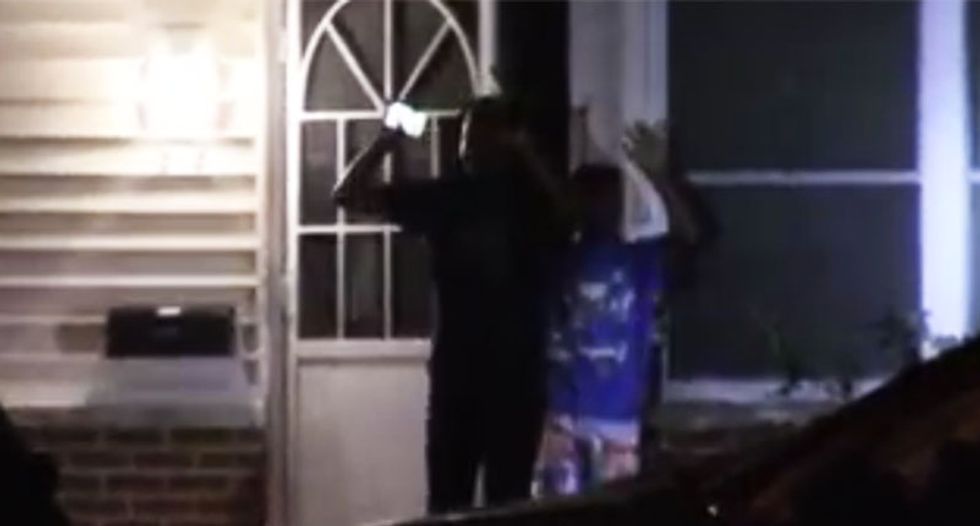 An Illinois family was the subject of a racist police raid on Friday as officers were searching for a murder suspect. The police, the DeKalb County sheriff's deputies, and the Sycamore police showed up at the family home of Eric Nabors and surrounded the place with guns and dogs, according to the Elgin Patch.

The family was in bed when police surrounded their home with rifles and pulled the man and his wife, their son, 10, and daughter, 13 out of their home with their hands up.

The father, Eric, apparently matched the profile of the man they were searching for; however, Nabors was also a victim of racial profiling by police.

He told ABC News, "I stepped out and I took not even three steps out the door, and I see a whole bunch of people running saying, 'He's got a gun.'"

He continued, "I didn't have nothing on me, nothing in my hand, I don't own a gun. After they searched me, then they told me what they were looking for. 'We're looking for a black male suspect with dreads for a possible homicide in DeKalb.'"

Nabors said the police did not believe he was innocent until running his name through their system. His daughter Briana told ABC 7 Chicago, "It's terrifying to see like all the guns being pointed at me and my family and my brother."

The kids' mother Deana Brown told the station, "I feel like it could have been better done. They could have had better intel, they could have had a better description before they put my family through all of this." The family is now considering whether to file a lawsuit.

Police arrested the two suspects the next day. Both were charged with murder in the first degree and weapons offenses.

In 2016, police have killed a total of 856 people, according to the Guardian's The Counted. Of the total victims, 204 are black. Racialized police violence and profiling has been an serious issue facing the country.