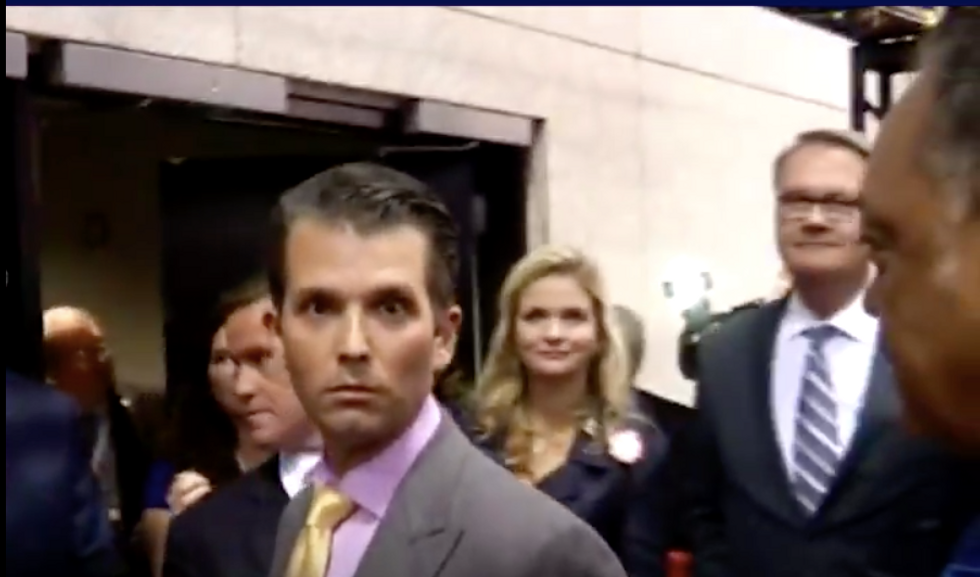 A woman smirks as Donald Trump Jr. gets called out by Rev. Jesse Jackson (Screen capture)

In a quick post-debate back and forth posted by Canada's Global News, Civil rights icon Rev. Jesse Jackson set Donald Trump Jr. straight on who decides whether or not an election is "rigged."

During the debate, Republican presidential nominee Donald Trump raised hackles on both sides of the aisle when he told debate moderator Chris Wallace that he'll decide whether the election results are valid when he sees them.

During the post-debate press scrum, a reporter asked Trump Jr. whether he believes the election is being rigged in favor of Democratic nominee Hillary Clinton.

"We have no issue with a fair fight," he said, "but it has to be a fair fight. And when I saw what I've seen today, the American people should be disgusted with the process, because it is rigged."

"The electoral commission should determine that," said Jackson. "Not the candidate."