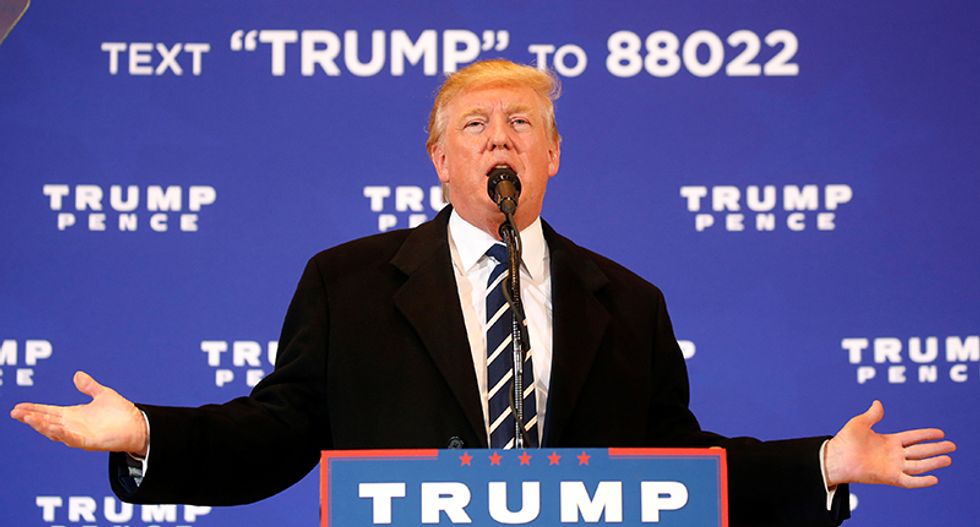 The FBI's disclosure that it is investigating more emails as part of a probe into Clinton's use of a private email server gave fresh energy to Trump.

At rallies in New Hampshire, Maine and Iowa, Trump hit hard on his message that Clinton is a corrupt leader who cannot be trusted and he pulled back a bit on his charge that the political system is rigged against him.

Trump called the new development part of "the biggest political scandal since Watergate," the 1970s scandal that forced the resignation of Republican President Richard Nixon.

Trump abruptly changed his tune after repeatedly attacking FBI Director James Comey in the last three months for not indicting Clinton for her handling of classified information while U.S. secretary of state from 2009 to 2013.

"As you know, I've had plenty of words about the FBI lately, but I give them great credit for having the courage to right this horrible wrong. Justice will prevail," Trump said in Cedar Rapids, Iowa.

Trump has spent weeks railing about a "rigged system," accusing the Clinton campaign of coordinating attacks on him with the U.S. news media after a 2005 video surfaced of him boasting about groping women.

"It might not be as rigged as I thought," Trump told a crowd in Manchester, New Hampshire.

By Cedar Rapids, however, he was still criticizing "the corrupt political class" and calling the news media dishonest.

At each stop, Trump's supporters cheered loudly and chanted "lock her up" when the New York businessman talked about Clinton's new headache, a sign that his boosters see the importance of some good news for his campaign with 10 days left until the Nov. 8 election.

Trump noted that he is competitive in opinion polls nationally and in some states where the election is likely to be decided, but admitted he has got some distance to go.

"We have gaps but we are really moving and I just wanted to say that because I don’t know what’s going to happen now," he said.