'We do not have a warrant': FBI admits Comey jumped the gun with Clinton email announcement 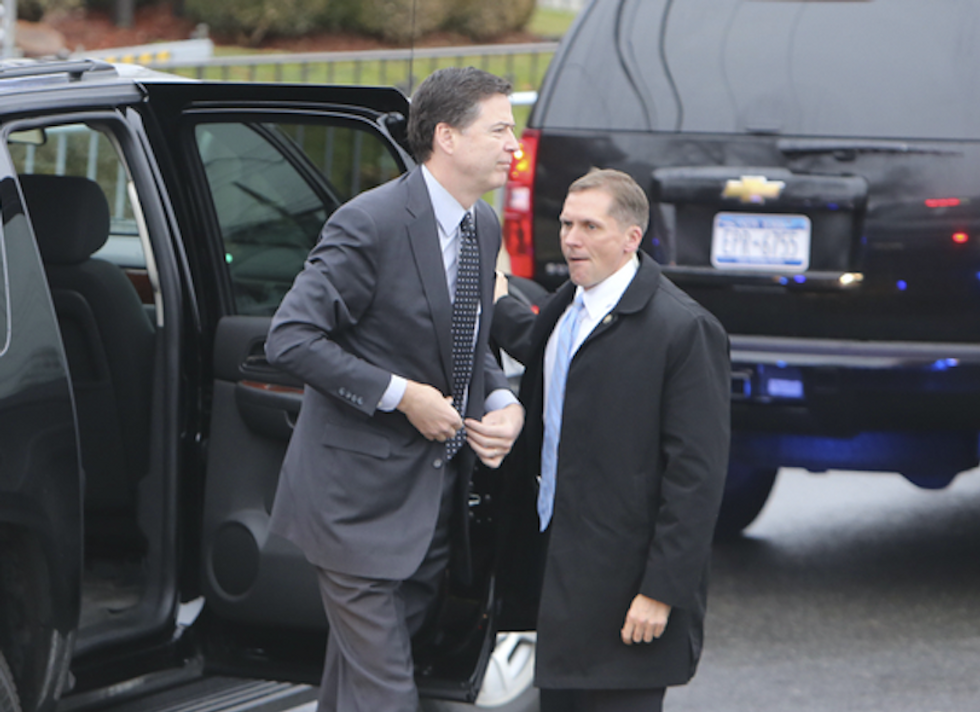 FBI Director James Comey acted 'against the guidance he was given' on Friday (a katz / Shutterstock.com)

As of Saturday night, the Federal Bureau of Investigation still did not have a warrant to view the emails it is purportedly investigating in the reopening of its case regarding Democratic presidential nominee Hillary Clinton and her use of a private email server during her tenure as Secretary of State.

Yahoo News reporter Michael Isikoff attempted to question FBI officials about the contents of the emails alluded to by Director James Comey on Friday, but found that the officials themselves have yet to view the emails. So far, they've been unable to obtain legal authorization to do so.

An official told Isikoff that Comey "had no idea what was in the content of the emails" when he sent his letter to Congress on Friday advising them that he is reviewing new materials that may prove pertinent to the investigation against Clinton.

The Justice Department has not granted approval for FBI agents to examine the materials, so FBI officials have no idea whether the emails contain sensitive or incriminating information or anything investigators have seen before.

"We do not have a warrant," a senior law enforcement official told Isikoff. “Discussions are under way [between the FBI and the Justice Department] as to the best way to move forward.”

The new emails were found during an investigation into disgraced Democratic Congressman Anthony Weiner (NY) and his sexting relationship with a teen girl.

Isikoff noted that the fact that the FBI has no idea of the contents of the emails is important because members of Donald Trump's media team have insisted that the FBI would not be reopening the investigation if it hadn't found something significant.

Comey's decision to notify Congress about emails of which he neither knows the contents or pertinence has proven controversial and some have speculated that his motivations are political.

On Friday, he sent an internal letter to FBI personnel explaining his decision to send the letter to Congress. Comey said, “Because those emails appear to be pertinent to our investigation, I agreed that we should take appropriate steps to obtain and review them."

Senior Justice Department officials are reportedly "apoplectic" that Comey would make his move based on so little evidence at such a critical time in the U.S. election. The director was "strongly discouraged" from sending the letter, said one official, who said that Comey was “acting independently of the guidance given to him.”

Riley Roberts -- a former aide to Attorney General Eric Holder -- wrote in Politico that Comey is a loose cannon who is as high-handed and unaccountable a director as the FBI has seen since J. Edgar Hoover.

"Come January," Riley said, "whoever steps into the Oval Office will find, in Comey, a formidable antagonist: not the wrathful demigod Kennedy encountered in Hoover, but every bit as untouchable."