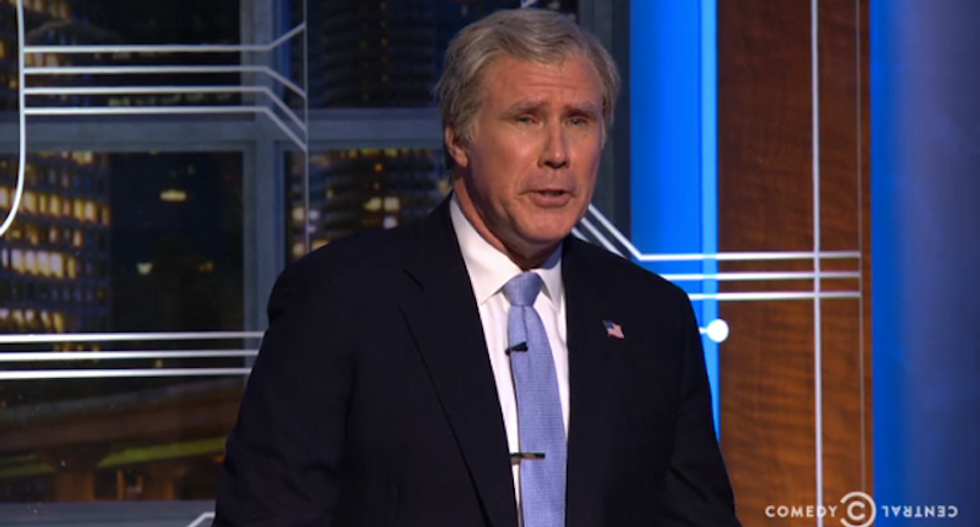 Around the time the US election descended into grotesque farce, America's comedians faced the conundrum that their satire was no match for reality. But recent events like Trump's meltdown over revelations of sexual abuse have reignited quality efforts at political comedy.

On Tuesday's episode of @midnight with Chris Hardwick, Will Ferrell brought back his classic George W. Bush, which helped Americans through many dark days of W's Presidency. Ferrell walked onstage bearing Bush's classic confused-scrunchy-face expression, shaking hands with the audience and taking his place behind a Presidential lectern.

First, Bush cleared up a few things about Billy Bush's untoward behavior towards women, captured in recordings with Donald Trump. "He's been in the news a lot lately him and that disgraced pumpkin Donald Trump," said Bush. "We Bushes don't act like that. We have standards. We're raised a certain way. We would never, under any circumstances ride a bus."

Bush then gave his assessment of the Trump campaign.

"This dunderhead us making me look great!" Bush points out that when he hugged Michelle Obama, it was thoroughly appropriate, unlike Trump's tendencies with women.