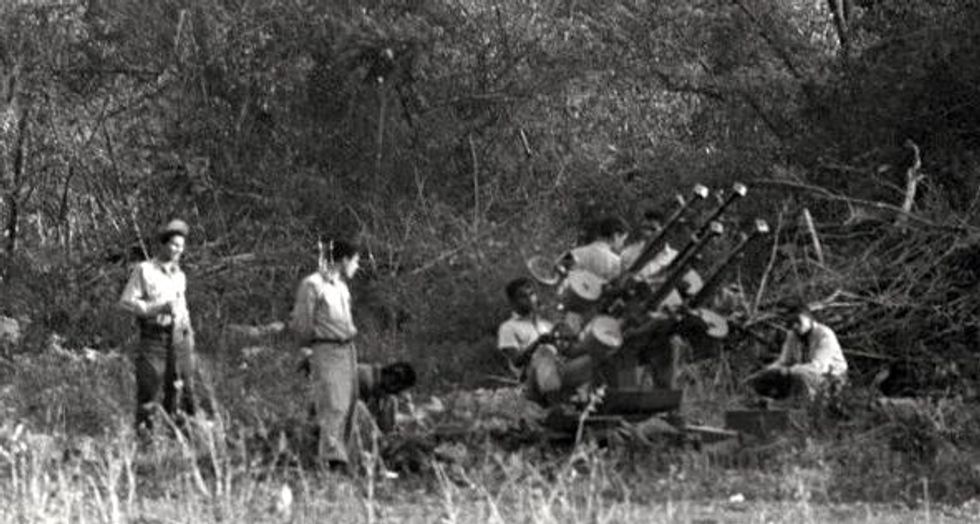 America's failure to overthrow Fidel Castro during the 1961 Bay of Pigs invasion lionized the Cuban leader in his country as a leftist David battling an imperialist Goliath.

In the midst of the Cold War, six B-26 bombers painted with Cuban colors took off from Nicaragua on the morning of Saturday, April 15, 1961 to attack Cuban air bases. The CIA believed they had wiped out Castro's air force.

On April 16, at the funeral of seven victims of the bombing, Fidel Castro announces: "What the imperialists cannot forgive is the triumph of a socialist revolution right under the nose of the United States."

It was the first time he publicly characterized his revolution as "socialist," a fact that would become more obvious in the future.

Offshore, eight ships headed to establish a beachhead. However, nine aircraft from the remains of Castro's air force took off, attacking one ship and sinking another. The other freighters headed back to sea.

On the ground, the element of surprise had evaporated. The invasion was "an open secret," said Cuba's then interior minister Ramiro Valdes as 200,000 militia members prepared for battle.

Lacking support, the "mercenaries" surrendered on April 19. There were 1,189 prisoners. Among the invaders, 107 were killed. Castro's forces suffered 161 losses.

Captured combatants were exhibited on television. Five would be executed, nine sentenced to 30 years in prison, the others released in December 1962 in exchange for $53 million worth of medicine and food.

In Havana, Castro savored his triumph. In Washington, it was a catastrophe.

Historians say President John F. Kennedy condemned the operation to failure in advance by refusing to give it military support. He was assassinated just two years later in 1963.