'Beware of the fictions': Joy Reid urges US media not to normalize 'naked emperor' Trump 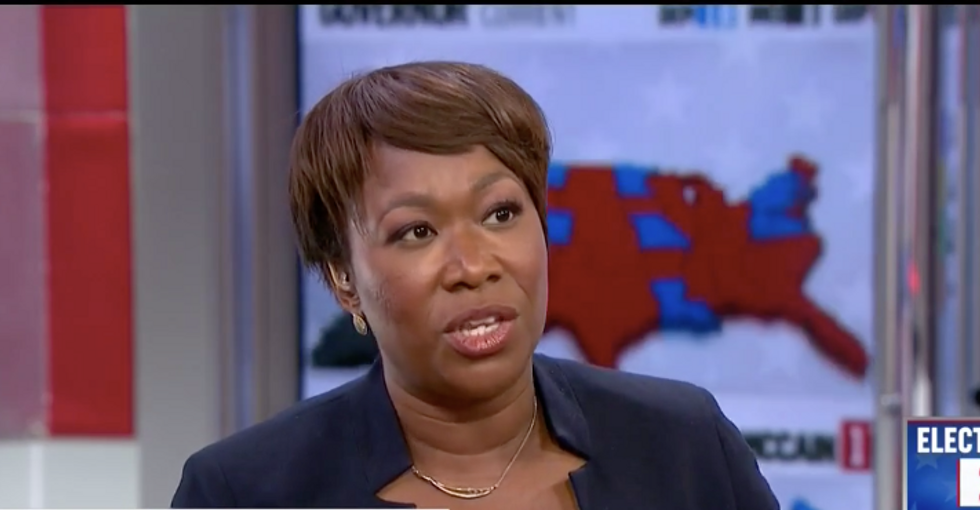 MSNBC's Joy Reid published an urgent essay on Saturday imploring fellow journalists and other Americans not to allow themselves to be lulled by the powerful "compulsion to normalize" the nascent presidency of Republican Donald Trump.

"With Donald Trump about to ascend to the White House, the media risk being tamed by their devotion to access and the belligerencies of the notoriously vengeful resident of Trump Tower and his right-wing wrecking crew of a team," she said in the Daily Beast, comparing Trump the emperor in the Hans Christian Andersen story "The Emperor's New Clothes."

"We face a singular test, both as a profession and as a country: will we allow ourselves to see what we see, or will we mentally drape the naked emperor in our midst?" she asked.

"Trump is beset by clear and alarming conflicts between his international business concerns and the national interest," she said. "In just the two weeks since the voters delivered him a narrow Electoral College victory, he has openly met with his Indian business partners; put his daughter on the phone with foreign leaders; dangled an unavailable ambassadorship to his UK political doppelganger Nigel Farage and simultaneously pushed Farage to help kill a wind farm project that would mar his Scottish golf course view. His leased D.C. hotel inside the old Post Office has become a prime destination for those seeking a way to curry favor with the incoming president by sliding their credit cards and at checkout time."

The president-elect faces an unprecedented number of "personal and legal quagmires" as he prepares to take office, Reid said, and if his administration's policies are anything like the campaign rhetoric that ushered Trump into office, our nation will face unprecedented threats.

"The worst case scenario for the next four years is daunting: a country sinking into kleptocracy, with its natural resources, parks and lands carved up and sold off by Trump and his billionaire cabinet to the highest bidder with fat tax credits to boot; Medicare and other beloved social safety net programs dismantled along with Obamacare and its protections for 20 million people; a Justice Department sowing fear rather than confidence in communities of color; terrified immigrants and Muslims relying on Democratic mayors as their only shield; and an international community left horrified by an America that seems to have lost both its soul and its mind," she said.

If that's what's coming, she said, "beware of the fictions that are sure to come with it; little lies that salve your discontent, but that obscure the realities that become more and more unpopular to speak of."

"You may be asked, over the next four years, to accept things you never dreamed would be acceptable, and to turn a blind eye to vulgarity and hypocrisy and failure," she said. Magazines and TV news will coo over "Melania’s New York shopping sprees or Ivanka’s parenting tips."

"You may be asked to look away; to pretend it’s all good," she said and urged her fellow journalists and all citizens to not allow themselves to become complacent.

"(T)he tug of normalization is powerful; even pleasing, when reality is unthinkable," Reid said.

"The urge to look away, to pretend to see fine threads when the king comes strolling by, with his bare belly jutting out, can be irresistible," she concluded. "For the good of the country, here’s hoping enough people resist."