Bill Cosby accuser slams his 'racism' defense: 'What about us black women he sexually assaulted?' 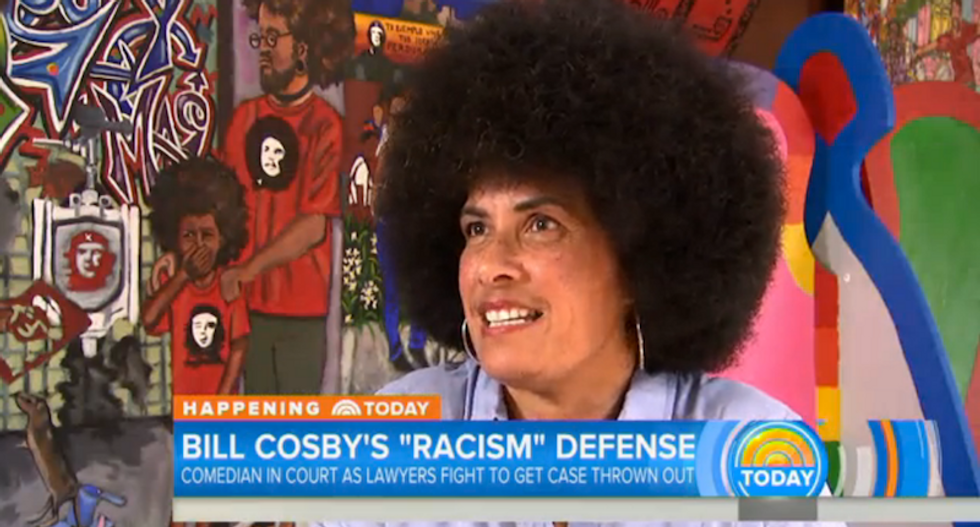 Bill Cosby arrived with his legal team to the Montgomery County, Pennsylvania court on Tuesday for a pretrial hearing regarding rape allegations from 2004, the Atlanta Black Star reports.

However, as his legal team prepares to use a defense that the criminal justice system is racially biased against him, one of Cosby's black accusers spoke out against them.

In an interview with NBC News, artist Lili Bernard, who was born in Cuba, asks "What about us black women whom he sexually violated?"

"We're talking about a man who serially raped at least 60 women and that's where the focus must be," Bernard said, adding, "Race has nothing to do with it."

Bernard spoke out about her alleged rape in May during a press conference with her attorney Gloria Allred. Allred currently represents several women who have made sexual assault allegations against Republican nominee Donald Trump.

Bernard, who guest-starred on the Cosby Show in its final season claimed that Cosby gained her trust as a mentor in the early 90s. "He praised me. … He lifted me up. I believed him. After all, he was Bill Cosby," she told BuzzFeed News. "After he had won my complete trust and adoration, he drugged me and raped me."

The actress and artist came after Cosby's team, though, after they suggested that he is a victim of racial bias as part of his defense. In their motion to dismiss, his attorney's wrote, "We cannot ignore the unfortunate role that racial bias still plays in our criminal justice system."

She adds, "What that does is it denigrates the souls of the real heroes of the civil rights movement."

Watch her full interview below.