Bill Maher calls out Trump-backing evangelicals for what they are: 'Shameless hypocrites' 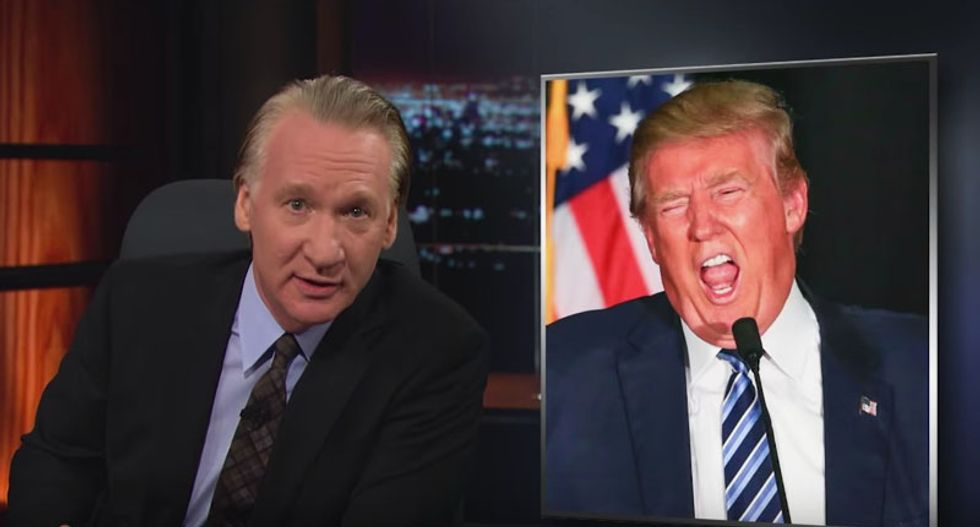 With the election wrapping up, HBO host Bill Maher took the opportunity to take on two of his favorite topics Friday night: GOP presidential nominee Donald Trump and organized religion.

The Real Time host noted that this year's presidential election is the first in recent years where neither candidate has used their faith as a selling point, which Maher called progress.

But that didn't stop Christian evangelicals leaders from lining up behind Trump despite his hateful rhetoric and admission that he sexually assaults women.

“Trump has nothing in common with Jesus.” Maher explained. “Jesus healed the blind, Trump mocks the handicapped. Jesus turned the other cheek, Trump grabs your pussy. Jesus turned water into wine, Trump just whines. The Bible says, 'Thou shalt not covet they neighbor's wife.' Trump says, 'Fine, what about my daughter?'"

Despite all that, Maher said, "They went for the foul-mouthed, pussy-grabber."