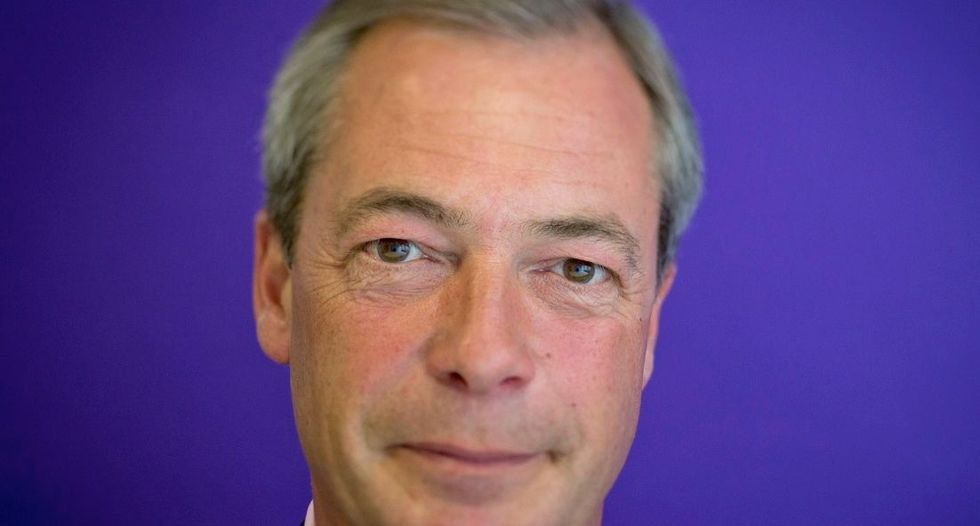 Former U.K. Independence Party (UKIP) bigwig and Brexit architect Nigel Farage has told friends and associates that he is considering relocating to the U.S. and accepting an offer by President-elect Donald Trump to become Britain's ambassador to the United States.

Setting aside for a moment that U.S. presidents are not allowed to appoint other countries' ambassadors, we at the Raw Story Unintended Consequences desk would like to put in a word of caution about allowing potentially dangerous political refugees like Farage to resettle within our borders.

As Breitbart.com noted in its 8 reasons to close the border now post from 2014, there are a number of factors the U.S. should weigh carefully before allowing a foreigner of unknown associations and intentions into the country as a resident.

1. Disease Former Breitbart.com editor Ben Shapiro said, "According to Border Patrol Agent and Rio Grande Valley Union representative Chris Cabrera, agents are experiencing contagious outbreaks  -- and so-called quarantine areas are nothing of the sort, often separated from the general population by mere caution tape. 'There’s been an outbreak of scabies that’s been going on for the past month,' Cabrera said. And it’s not just scabies, it’s chicken pox, MRSA, staph infections."

Shapiro is right, the U.K. has been gripped by a series of deadly epidemics in recent decades, from the repeated outbreaks of foot-and-mouth disease in 2001 and 2007 to the spread of Bovine Spongiform Encephalitis (BSE) or "Mad Cow" disease. Who knows what type of pathogens could be riding through customs on Farage's Dulwich College tie or leather-elbowed blazer.

2. The Safety of U.S. citizens We do not know a great deal about the types of people Farage has been associated with throughout his life and career as a right-wing agitator. A 53-year-old white supremacist Brexit supporter was sentenced to life in prison for the murder of liberal Minister of Parliament Jo Cox on Wednesday. Right-wing terrorist Thomas Mair was driven to murderous rage by the possibility that the U.K. might remain in the European Union with all those filthy foreigners.

Are these the sorts of extremists Farage consorts with? Can we afford to let the Osama bin Laden of white British rage come to our country to pal around with terrorists?

3. American Culture is Under Attack As Breitbart.com noted in 2014, the liberal "melting pot" idea of individuals becoming part of harmonious whole is a fallacy and allowing foreign nationals to settle here willy-nilly will only result in "an increasingly fragmented nation."

We owe it to great American cultural icons like John Phillip Sousa, the band Starship and Thomas Kinkade to keep American culture pure. Adding Farage to our nation's economic and intellectual elite would only embolden those who wish to replace Americans' morning coffee with tea, cancel Monday night NFL games and replace them with The Great British Baking Show and make us all drive on the wrong side of the road. And that's just crazy. Think of the havoc on our nation's highways!

4. Terror attacks The U.K. and France have been repeatedly hit by bombings, mass shootings and murderous rampages carried out by foreign terrorists. Does Mr. Farage intend to bring this kind of extremist mayhem across the pond with him?

Certainly, Farage himself professes to be anti-terror, but -- in the words of our president-elect -- we need "a total and complete shutdown" of Britons entering the United States "until our country's representatives can figure out what is going on."

Sorry, Nigel. No room at the inn. Find another country to creepily stalk, okay?