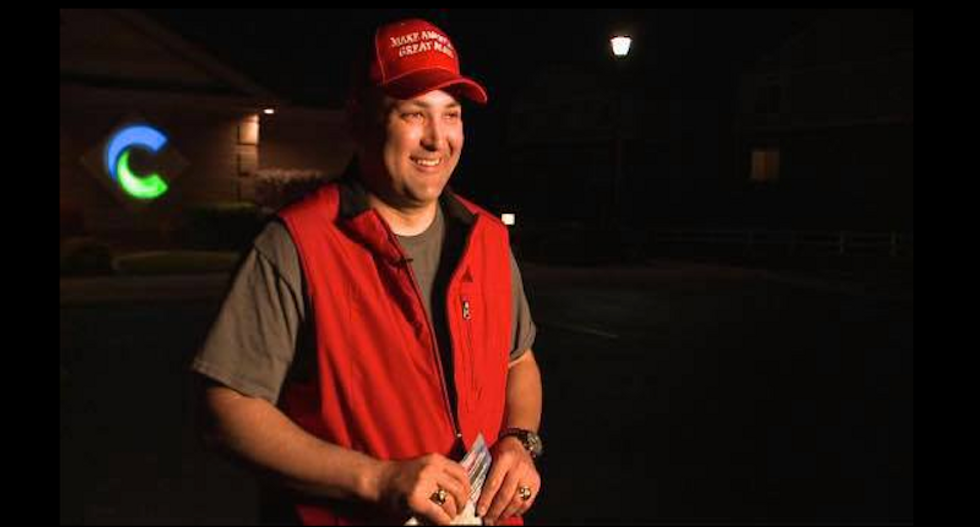 A voter from Saratoga Springs, Utah was cited by poll workers after showing up to cast a ballot in a "Make America Great Again" hat, the Salt Lake Tribune reports.

Tai P. Ho'o told the outlet that his hat led to a dispute with poll workers and police, and Ho'o was charged with a misdemeanor disorderly conduct. The altercation led Ho'o to more fully believe Republican nominee Donald Trump's claims that the election is rigged.

However, Ho'o was stopped at the polls for "electioneering." While the law varies from state to state, in Utah, individuals cannot engage in "electioneering" at a polling place or public area within 150 feet of a polling location.

"Electioneering" includes oral, written, or printed pushes to persuade voters to support any given candidate.

Ho'o told the outlet that upon arriving at his polling place, three poll workers asked him to "take off my hat because it is electioneering." The situation escalated because he refused to remove it.

"They told me I wasn't registered, and wasn't in their system," he explained, "I said I knew I was because I had participated in the party caucuses. It was a very meticulous effort not to let me vote."

Donald Trump just cannot decide if the election is rigged or not. pic.twitter.com/KayXvpvokS

After calling the County Clerk's office, Ho'o was notified that wearing that particular hat was not against Utah laws because the hat did not have Trump's name on it.

However, he was voting at the credit union, which reportedly does not allow individuals to enter wearing hates "to help protect against robberies."

"Police took me outside into the parking lot, and asked, 'Why are you wearing that hat?' Inside it's electioneering,'" Ho'o said, before the police wrote him a ticket for having an "attitude."

Ho'o believed he was being targeted for donning his Trump hat because his polling place was located in an area that predominately supports Utah's anti-Trump candidate, Evan McMullin.

"You see McMullin bumper stickers and signs everywhere there," he said. However, the state elections director for Lt. Gov. Spencer Cox, Mark Thomas clarified that the "electioneering" law was put in place so as to avoid voter intimidation at the polls.

He said Ho'o was only charged after refusing to remove his Trump apparel after being asked to remove it. "We don't care what [voters] do," he said, "as long as they are at least 150 feet away."

With the 2016 election approaching, it is incredibly important to be aware of the rules at your polling place in order to ensure that you have the power to exercise your right to vote.

Visit this link to the National Association of Secretaries of State for more information on state-by-state voting laws and information.