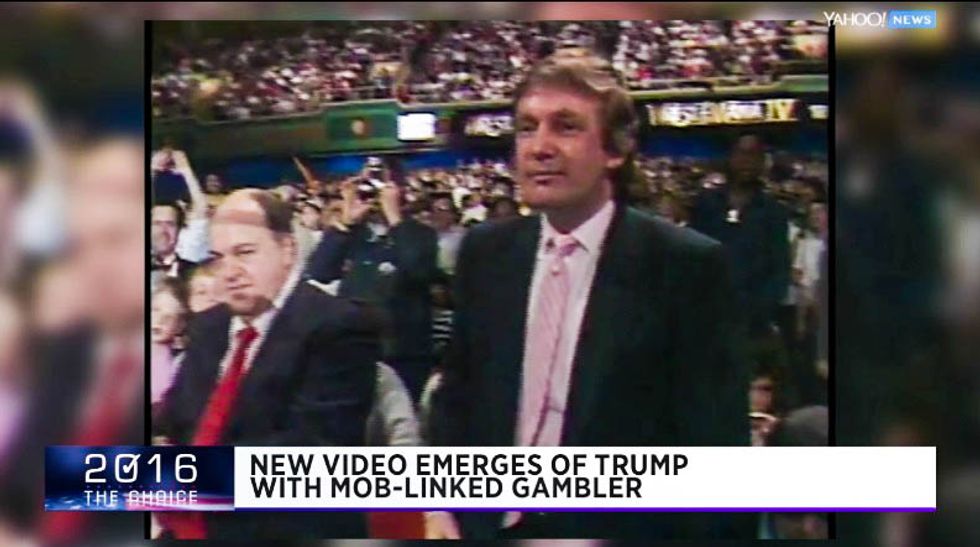 Given all the other scandals surrounding his campaign this year, it's easy to forget there are major questions about Donald Trump's ties to organized crime.

Yahoo News reporter Mike Isikoff has unearthed an old video of Trump standing next to Robert LiButti, a notorious high-rolling gambler who was banned from casinos in New Jersey in the early '90s due to his ties to mob boss John Gotti.

The video was taken at a WrestleMania event in which Trump and LiButti were seated next to one another. What's more, LiButti's daughter tells Yahoo News that this seating was not just some freak coincidence.

"We were his guests," she told Isikoff of Trump.

Why would Trump and LiButti go to a wrestling event together? One reason might be that Trump offered him tickets to events as a perk to keep him coming to his casinos, as reporter David Cay Johnston tells Isikoff that he was "the biggest loser at Trump casinos and therefore Trump’s most important customer."

Trump earlier this year said that while it was possible LiButti used to visit his Atlantic City casinos, he didn't recognize the man's name and wouldn't be able to identify him if he were standing close to him.