Charles Blow slams Trump's attempts to make nice with the press: 'You are a fraud and a charlatan' 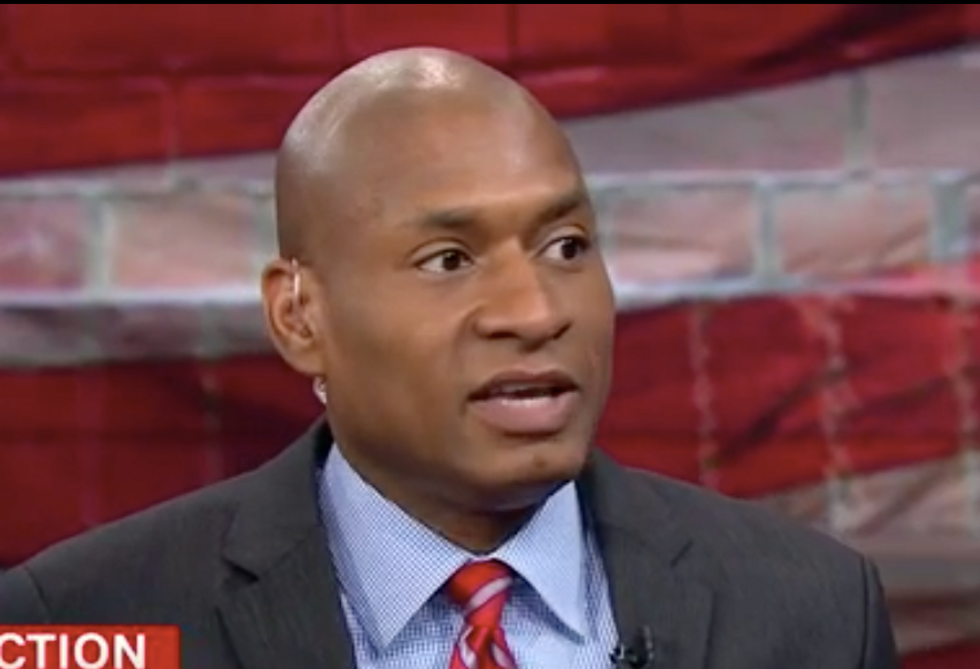 President-elect Donald Trump went to make nice with the New York Times earlier this week, but columnist Charles Blow isn't having any of it.

In a scathing new column, Blow spits fire at Trump's supposed charm offensive and tells him that there is simply no way he or millions of other Americans can just let bygones be bygones.

In particular, Blow was upset at the idea that we should be impressed that Trump has supposedly "moderated" his tone after months of campaigning like a maniac.

"You don’t get a pat on the back for ratcheting down from rabid after exploiting that very radicalism to your advantage," he writes. "Unrepentant opportunism belies a staggering lack of character and caring that can’t simply be vanquished from memory. You did real harm to this country and many of its citizens, and I will never — never — forget that."

Blow went on to say that while listening to audio of Trump's talk with the Times, he felt that "the slime factor was overwhelming," as Trump insincerely praised the paper for its good work after spending months attacking it on the campaign trail.

"The very idea of sitting across the table from a demagogue who preyed on racial, ethnic and religious hostilities and treating him with decorum and social grace fills me with disgust, to the point of overflowing," he writes. "Let me tell you here where I stand on your 'I hope we can all get along' plea: Never."