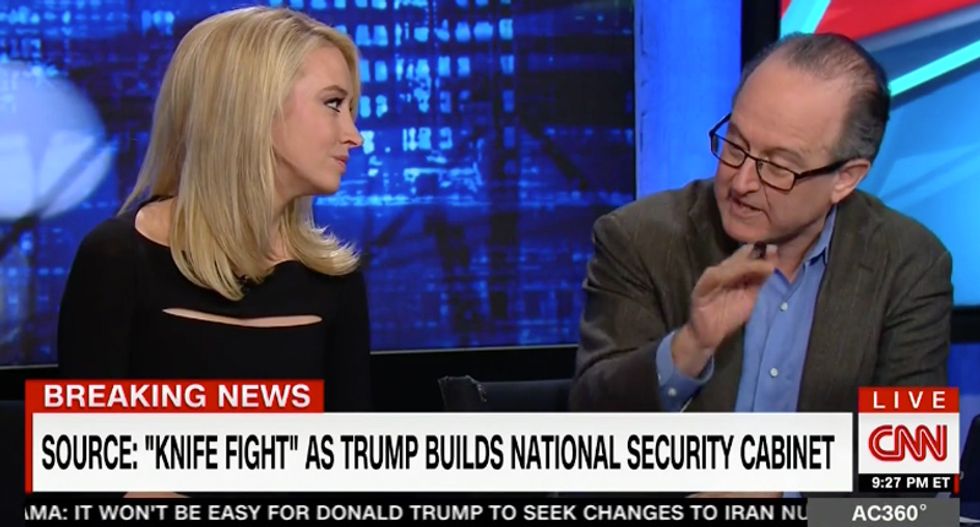 Van Jones suggested that given the position is one within the highest office of the country, the level of scrutiny is to be expected and is essential.

"Yes, we're supposed to give the president a chance, that doesn't mean we have to give him a pass on everything," Jones said. "And it really is, I think, a moment of truth for the country.

He asked, "Can you imagine if Hillary Clinton had gotten elected and she had someone, you know, who was a part of her cabinet, or a part of her inner circle, who had been the editor of 'The Revolutionary Worker,' a Maoist newspaper that calls for the overthrow of the government?"

Jones added the importance of discussing the seriousness of having an "anti-Jewish bigot being put in the inner circle of the president?"

He continued, "It doesn't make any sense. We've got to continue to have a serious debate about the direction of our country and that includes talking about who's put in the inner circle of the President of the United States."

That's when Trump surrogate Kayleigh McEnany chimed in, telling Jones, sure the country can ask questions, "but there is a line between asking a question and labeling someone a racist, which is what Jonathan just did."

After some back and forth about whether Americans should be questioning Bannon's appointment, labeling him a racist, and discussing the fears of communities across the country, McEnany told Jones, "Van, as political commentators, we have a duty and an obligation, Van, to correct mistruths and falsehoods."

Jones called out "And I did," while noting his disappointment, before McEnany continued, "We have an obligation to correct falsehoods and President Barack Obama stood up there and said it's time to unite and that means dispelling these rumors."

CNN commentator Jonathan Tasini said, "Bannon is a racist and an anti-Semite. He's at the head of an alt-right movement that is completely anti-American, frankly."

He added, "You should be ashamed of yourself that you're justifying what he's about." McEnany shot back with a smile, "I'm very proud of this campaign."

"I know you're proud and that's a disgrace," Tasini shot back.