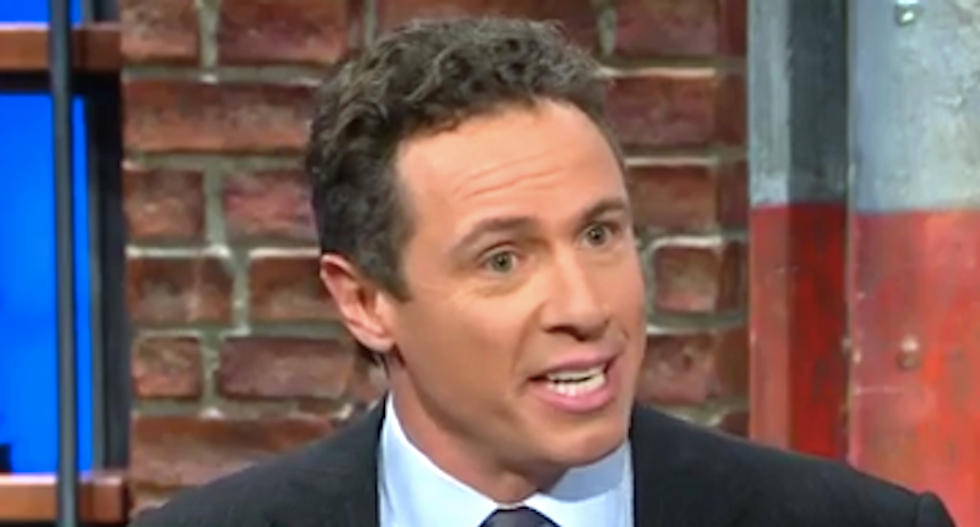 MSNBC's Morning Joe crew has done a lot to cozy up to President-elect Donald Trump since his shocking election win, and CNN's Chris Cuomo is calling them out over it.

On Twitter, Cuomo reacted to a report that Morning Joe co-host Mika Brzezinski was spotted going into Trump Tower on Tuesday for an undisclosed meeting. He also noted that co-host Joe Scarborough has been reportedly advising Trump on whom to pick for key national security positions in the White House.

"They have always been boosters," Cuomo wrote. "Things turned south when Trump froze them out, but [their] coverage [was] always stilted. They are transition spokesmen now."

Trump has targeted CNN and its reporters over the past couple of days for its alleged bad coverage of him and his campaign. Cuomo, perhaps trying to defend his network's honor, has been swiping at Trump and his advisers on Twitter all morning: