Dear Christian: No, I don’t hate you -- here is what I do hate 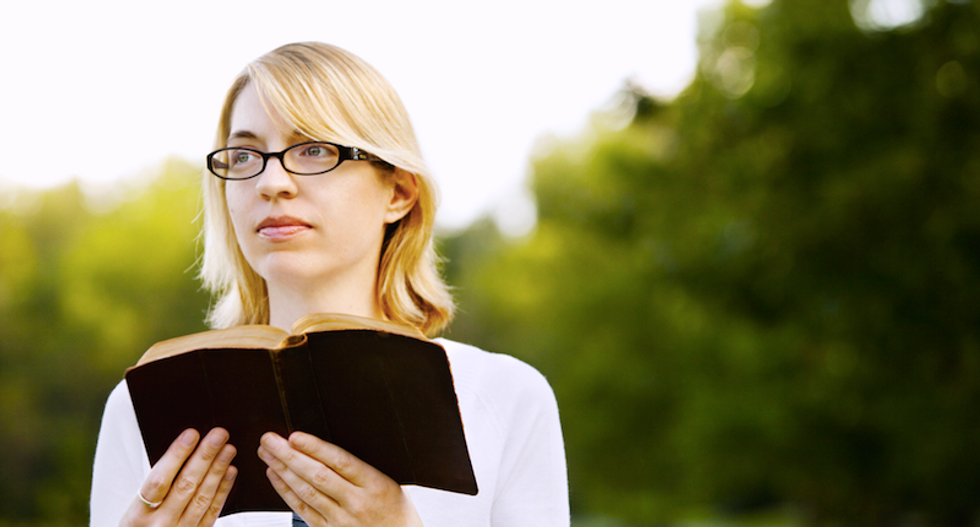 On the important difference between hating bad ideas and hating people.

As a former Evangelical Christian, I write critically — even harshly — about biblical Christianity, the kind that treats the Bible as if it were the literally-perfect word of God. I also write harshly about the Catholic hierarchy — the authoritarian institution that compiled the Bible 1500 years ago and still today seeks to impose derivative beliefs and rules on society at large. In response, I often receive comments and messages from Christians who say I must hate them, which isn’t true.

Other nontheists and anti-theists get similarly accused. Recently, two well-known critics of Islam, Ayaan Hirsi Ali and Maajid Nawaz, had their names put on a “Field Guide to Anti-Muslim Extremists.” Ali is a former Muslim and Nawaz a moderate believer, and their appearance on the list was particularly frightening because such lists, not infrequently, get folks like them killed.

Deploring bad ideas or institutions and hating people are two very different things and, in the quest for a better world, whether a person is a critic of religion or a critic of the critics—it is important not to confuse one with the other. So, in hope of putting to rest the notion that outspoken anti-theism must be driven by hatred of Christian people (or Muslim people or Jewish people—or any other group of people for that matter), let me draw an analogy. It is sure to offend, but it’s the best I’ve found.

My sister Kathy is mentally ill, which has caused decades of hardship for her and her children and, by extension, everyone around her. I hate her bipolar illness. I hate how it makes her think and what it drives her to do. I hate the harm she inflicts on herself and her children when it takes over her brain. But I don’t hate my sister at all.

I wish Kathy were healthy and happy, that she could be the kind of parent she wants to be and her small family could flourish. It is precisely because I want these things for Kat that thinking about her illness drives me to anger and anguish. Her many good qualities—her kindness, compassion, creativity, and work ethic, for example—make her condition even more frustrating. Mostly these days I feel a sense of pained resignation, and sometimes—selfishly—I just wish I didn’t have to deal with the complexities her illness causes us all. But there have been times in my life that I would have cut off my arm if it would make her whole.

Just as I don’t hate Kathy, I don’t hate Christians, even though my feelings about Christianity as a social institution or a set of dogmas can span a similar range of intensity. As a former born-again Bible-believer, I’m keenly aware that even within the most fundamentalist sects, Christians have many good qualities and aspirations and that Church communities create space for people to come together around some of humanity’s most cherished values and experiences. Examples include generosity, compassion and gratitude; or the quest to live well and die well, to embrace joy and wonder, to be part of something bigger than ourselves. My sense that most Christians, again including fundamentalists, are genuinely decent people is part of why I react so strongly against the more toxic dimensions of Bible belief and institutionalized religion.

But no matter how firmly I express this, the perception that hate is part of the mix keeps coming up, perhaps with good reason. There are dimensions of Christianity that I loathe, and maybe the best way to distinguish between deploring these bad ideas and hating on people is to spell them out. Here, then, is what I hate:

Would the world be worse or better off if Christianity had never evolved and taken root in the human mind and societies? We will never know. But here is a more important question: Today, in the light of what we know about ourselves and the world around us, are we finally ready to move on into the next phase of moral and spiritual evolution? I sure hope the answer is yes.

However adaptive traditional Christian beliefs may have once been, and however much modernist Christians have worked to reform toxic teachings from within the faith, it should be clear that today the harms from traditional beliefs and practices are enormous and the risks are growing. Humanity’s future involves global interdependence and reliance on a planetary life support system that is becoming more fragile by the year. If we are going to flourish together, we must move beyond mutually-exclusive truth claims that are rooted in the conflict and ignorance of the Iron Age. That will happen only if anti-theists like me and reform-minded religious insiders are free to criticize outdated ideas and the institutions that promote them. In fact, I believe that this is the only way we will ever move beyond hating and fearing each other because of religious differences.

In closing I’d like to circle back to the Christian and Muslim worry that religion’s critics must hate believers, because while false and frustrating, it may have a silver lining. If there is any benefit that might come from atheists and reformers being accused of hating believers, it is this: The accusations serve to remind us not to cross that line. Reformers must not make the mistake of thinking that those who deplore harmful ideas must then hate the people who carry them. It is our responsibility to ensure that the accusations are not true, because that’s the very kind of tribal thinking humanity needs to leave behind.

Valerie Tarico is a psychologist and writer in Seattle, Washington. She is the author ofTrusting Doubt: A Former Evangelical Looks at Old Beliefs in a New Light and Deas and Other Imaginings, and the founder of www.WisdomCommons.org.  Her articles about religion, reproductive health, and the role of women in society have been featured at sites including AlterNet, Salon, the Huffington Post, Grist, and Jezebel.  Subscribe atValerieTarico.com.