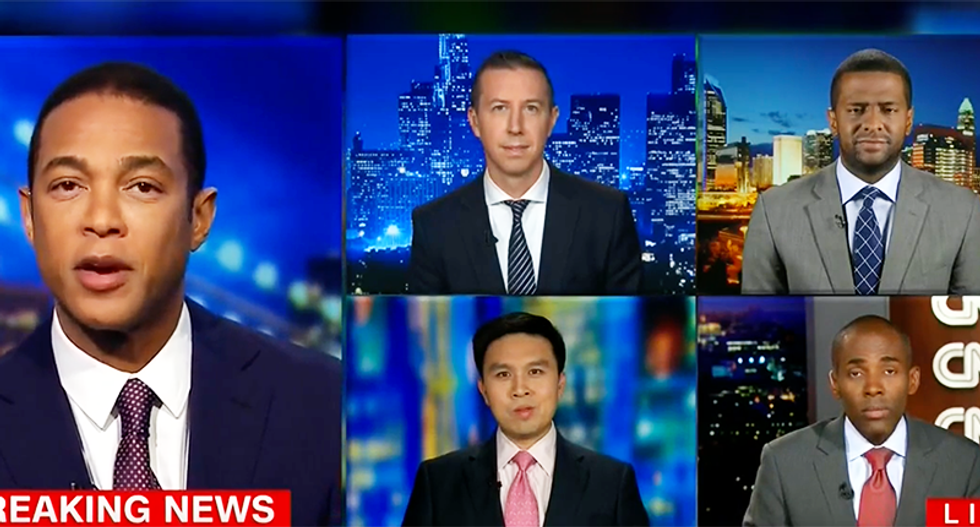 Trump tweeted Thursday night, "I worked hard with Bill Ford to keep the Lincoln plant in Kentucky. I owed it to the great State of Kentucky for their confidence in me!"

Trump made the accusation that Ford was moving a Kentucky plant to Mexico in September's presidential debate. Ford fact-checked Trump's statement with a graphic showing that they have more American workers than any other auto company. Ford is also bound by a labor contract with the worker's union that they cannot move their plant to Mexico.

"I think that this builds into a larger narrative and the larger narrative is Donald Trump is himself a fake news story," Sellers said. "What we've seen is this -- it's this cycle of fake news stories that pop up and drive the narrative. Donald Trump will flat out lie and said he did something, which we can have objective proof he did not do and it's category categorically false."

Trump surrogate Paris Denard tried to explain that Trump was instrumental in this latest achievement.

Sellers seemed as if he didn't believe what he was hearing. "But they weren't going to," he said.

"It doesn't matter," Denard said, before continuing what he was saying.

Host Don Lemon pushed back. "Paris, are you sure it doesn't matter?"

"It's not about the truth. It's about raising awareness," he insisted.

"Don, if I may briefly," Sellers continued. "One of the things about this whole dynamic of President-Elect is you have Paris say it doesn't matter and now we're saying maybe it was a step too far but what we've created over the past 18 months, and something we'll have to deal with is a culture of low expectation. The fact is Donald Trump told a lie. He had to be corrected by the CEO of Ford. Ford was not leaving the United States going to Mexico. They had a contract with the union that said they could not leave, something that had nothing to do with Donald Trump at all and they were never going to Mexico. Now people pick up on this story. It's a fake news story that goes around and it's below the office of the presidency. I mean if he can't tell the truth in a tweet about Ford, I mean, how will we believe him about anything else."

According to CNN Money correspondent Christina Alesci, this is not the first time Trump has taken credit for something he didn't do. In 2015, Trump told a New Hampshire crowd that Ford would be building a massive plant in the United States because he'd been attacking them.