Experts concerned by SpaceX plan to fuel rockets with people aboard 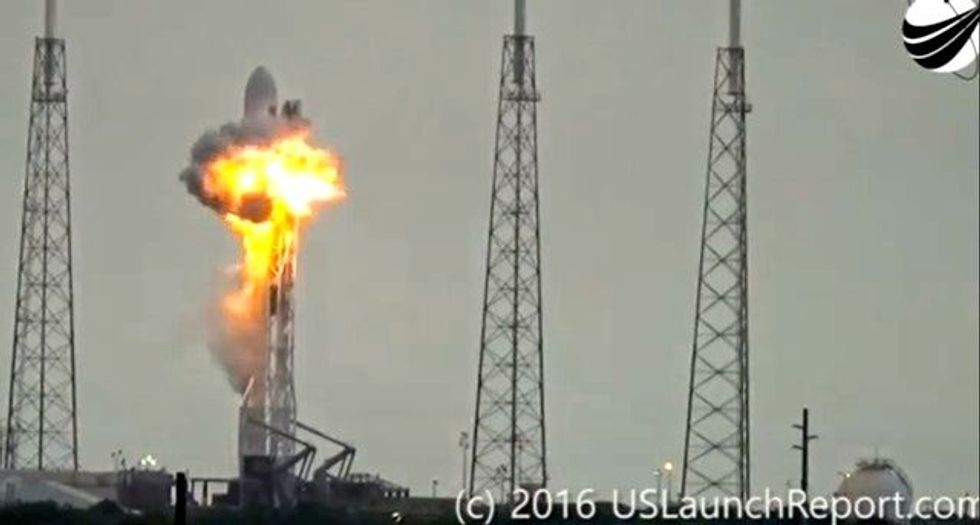 An explosion on the launch site of a SpaceX Falcon 9 rocket is shown in this still image from video in Cape Canaveral, Florida, U.S. September 1, 2016. U.S. Launch Report/Handout via REUTERS/File Photo

A group of space industry experts that advises NASA has told the U.S. space agency there are safety risks in a proposal by Elon Musk's SpaceX to fuel its rockets while astronauts are on board.

Stafford said the group's concerns were heightened after an explosion of an unmanned SpaceX rocket while it was being fueled on Sept. 1.

The causes of that explosion are still under investigation.

Members of the eight-member group, which includes veterans of NASA's Gemini, Apollo and space shuttle programs noted that all previous rockets that have flown people into space were fueled before astronauts got to the launch pad.

"It was unanimous ... Everybody there, and particularly the people who had experience over the years, said nobody is ever near the pad when they fuel a booster,” Stafford said, referring to an earlier briefing the group had about SpaceX's proposed fueling procedure.

SpaceX needs NASA approval of its launch system before it can put astronauts into space.

In an email to Reuters sent late Monday, SpaceX said its fueling system and launch processes will be re-evaluated pending the results of the accident investigation.

SpaceX uses extremely cold liquid propellants loaded just prior to blastoff to increase the rocket's power so it can fly back to Earth and be reused.

“As needed, any additional controls will be put in place to ensure crew safety, from the moment the astronauts reach the pad, through fueling, launch, and spaceflight, and until they are brought safely home,” SpaceX said.

SpaceX said Friday that it believes a fueling system issue caused a pressurized container of helium inside the rocket’s upper stage to burst on Sept. 1, triggering a fireball that destroyed the booster and a $200 million Israeli communications satellite it was to carry into orbit two days later.

SpaceX’s passenger spaceships, which are expected to begin flying in 2018, will be outfitted with an emergency escape system that can fly the capsule away from a failing rocket before or during launch.

NASA hired SpaceX and Boeing Co to fly crews to the space station after the shuttles were retired in 2011. Since then, astronauts have been flying on Russian Soyuz capsules, at a cost of more than $70 million per person.