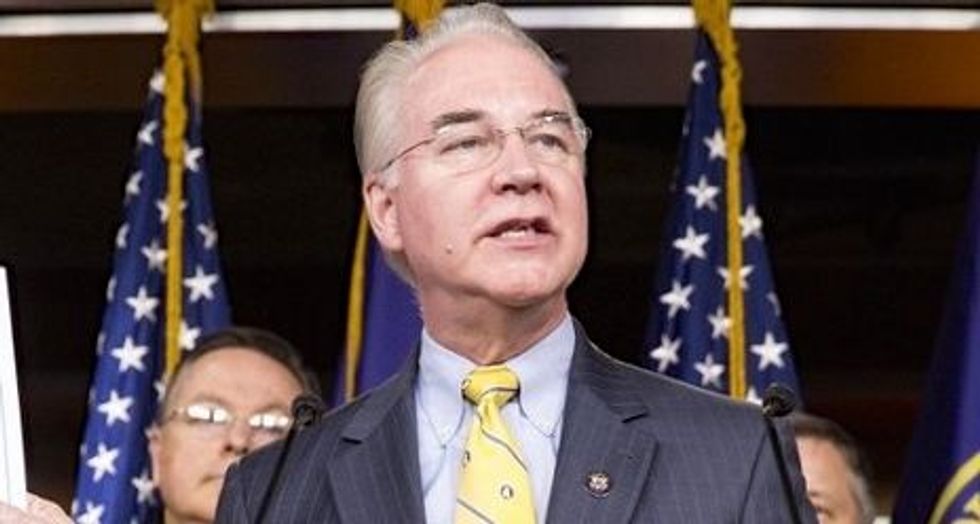 Republican Representative Tom Price of Georgia is under consideration to be secretary of health and human services during a Trump administration, Politico reported on Tuesday, citing unnamed sources.

Price, the chairman of the House Budget Committee, had endorsed Donald Trump's candidacy in May. The congressman has been a leading voice among Republicans pushing to repeal President Barack Obama's signature healthcare law.