'Get the f**k out': Bigots mistake lupus patient's head covering for hijab and smash her car window 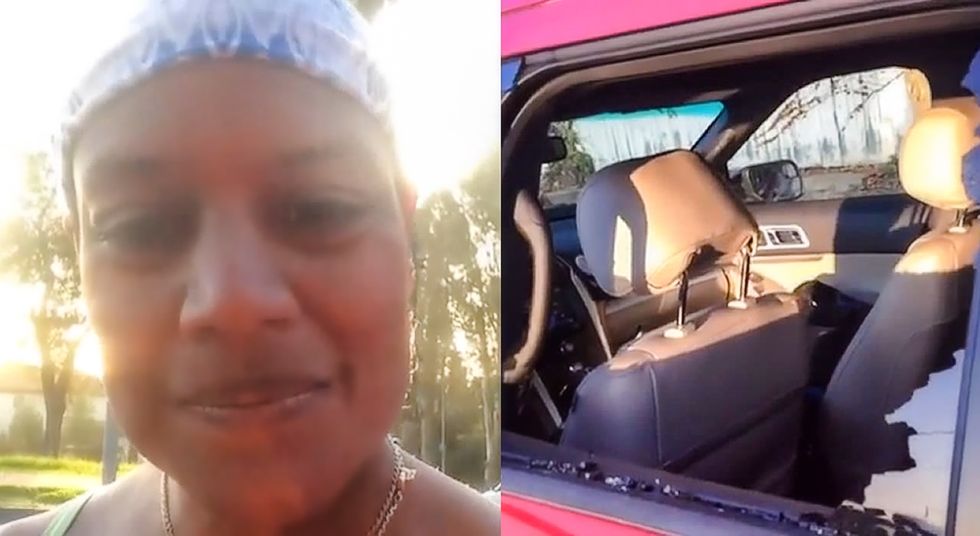 A California woman said that she received a threatening note and her car window was smashed all because her head covering was mistaken for a Muslim hijab.

Nicki Pancholy, 41, told KNTV that she has been hiking up Mission Peak in Fremont in the name of peace for the past 49 days. And on Monday, she dedicated her hike to bringing collective harmony after a brutal election season.

But when she came down from the peak, she discovered that her car window had been smashed. A note on the hood of her car suggested that the suspect mistakenly believed that she was Muslim.

“Hijab wearing bitch this is our nation now get the f--- out," the note said.

“When I saw it, I was in shock,” Pancholy recalled. “That someone would feel so much hate to do this. I realize that this is the climate after this election. But I didn't realize someone would be so ignorant and in so much pain to cause so much harm.”

In video of the incident posted to Facebook, she speculates that her attacker was in "pain" after the election, and she prayed for the "well being" of the suspect.

Pancholoy explained to KNTV that her ethnicity is Rajastani Indian, and that her religion is love, not Islam. She said that scarf covering her head was for sun protection because she suffers from lupus.

Pancholy's purse and checkbook were also stolen from the vehicle. The attack is being investigated as a hate crime by East Bay Regional Park Police.

Watch the video report below from KNTV.