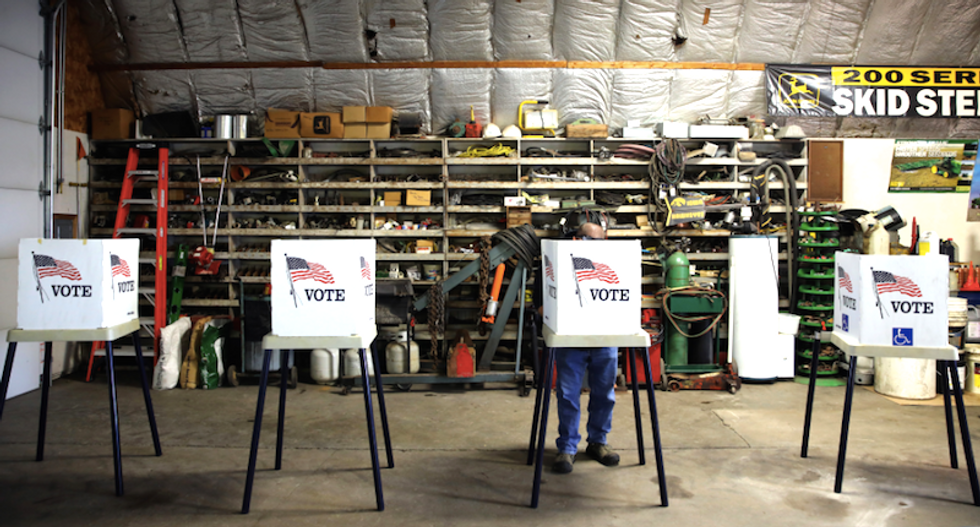 Voters cast their ballots at a polling station set up in a garage near Fernald, Iowa. (REUTERS/Scott Morgan)

Republicans will continue to dominate U.S. state legislatures in the wake of Tuesday's election that kept their party in control of Congress and put Donald Trump in the White House, legislative analysts said on Wednesday.

After an election in which more than 80 percent of the nation's 7,383 state legislative seats were up for grabs, Republicans and Democrats were likely to control the same number of chambers they had going into the election, according to the bipartisan National Conference of State Legislatures (NCSL), which is still compiling voting results.

Republicans, who have dominated control of legislatures since the mid-term election in 2010, held the majority in 67 of the country's 98 partisan legislative chambers, while Democrats had 31 going into the election. Nebraska's single chamber is nonpartisan.

"Neither party can sort of boast of having a big night down on the state level," NCSL elections analyst Tim Storey said. "Republicans will remain in a dominant position in terms of policy making."

In Kentucky, Republicans took over the House of Representatives for the first time since 1921, while defeating longtime Democratic House Speaker Greg Stumbo, according to the Republican Legislative Campaign Committee.

That result leaves Republicans in control of every legislative chamber in the U.S. South for the first time in history, Storey said.

Republicans also wrested control of the Iowa Senate from Democrats and appeared poised to maintain their majority in the Minnesota House of Representatives, which had been targeted by Democrats, according to NCSL.

Democrats did hit their target in the New Mexico House of Representatives, gaining a majority of seats, said Carolyn Fiddler, spokeswoman for the Democratic Legislative Campaign Committee.

In Hawaii, the only Senate Republican was ousted, making the Democratic-controlled chamber the nation's first all one-party state legislative chamber since 1980.

(Reporting By Karen Pierog; Editing by Will Dunham)