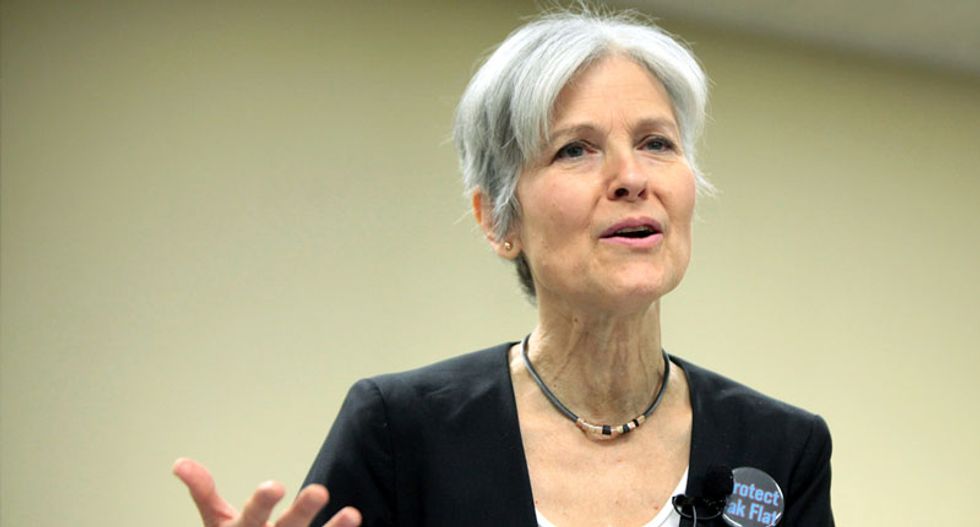 Green Party presidential candidate Jill Stein said on Friday her push for election recounts in Wisconsin, Michigan and Pennsylvania was aimed at assessing the integrity of the U.S. voting system, not at undermining Donald Trump's White House victory.

While Stein's effort this week may have spurred hope among disappointed supporters of Democratic candidate Hillary Clinton, the chances of such recounts - if they take place - overturning the overall result from the Nov. 8 election are extremely slim, given Trump's margins of victory in the three states.

The Green Party said that despite the millions it has raised to fund the recounts it cannot guarantee any recounts would occur and that if its requests are denied or there are surplus funds it will use the money to push for voting system reforms.

Stein, who won just one percent of the national vote herself, told CNN that while there was no evidence of tampering or other voting errors in the election, only a full review in those states would give Americans confidence in the results.

"This was a hack-riddled election," she said, pointing to hacks before the vote of political organizations and individual email accounts, as well as recent media reports citing concerns by computer security experts.

The deadlines to request recounts are Friday for Wisconsin, Monday for Pennsylvania and Wednesday for Michigan. Stein has raised more than $5 million since launching the recount campaign on Wednesday. The Green Party said it wants to raise $7 million for the recounts, including the cost of legal fees.

Representatives of the Green Party in Wisconsin told reporters in Milwaukee they would file for a recount with the state later on Friday. Wisconsin's Elections Commission could not be immediately reached for comment.

Although Trump won narrowly in the three states, the margins make it highly unlikely that any recounts would end up giving Clinton a win in all three states, which would be needed for the overall presidential election result to change. The Republican beat Clinton in Pennsylvania by 70,010 votes, in Michigan by 10,704 votes and in Wisconsin by 27,257 votes.

The presidential race is decided by the Electoral College, or a tally of wins from the state-by-state contests, rather than by the popular national vote. The Electoral College results are expected to be finalized when electors meet on Dec. 19.

Trump surpassed the 270 electoral votes needed to win, although once the final tallies of votes are in, Clinton will have won the national popular vote by more than 2 million votes.

Asked if she was trying to upset Trump, Stein told CNN "Absolutely not," adding that she also did not back Clinton.

A representative for Trump's transition team on Thursday had no comment on Stein's effort. In a Twitter post on Thursday, senior Trump adviser Kellyanne Conway cited a New York Times article and mocked Clinton supporters who "can't accept the election results."

Clinton has not commented on Stein's effort, and a representative for her did not reply to a request for comment.