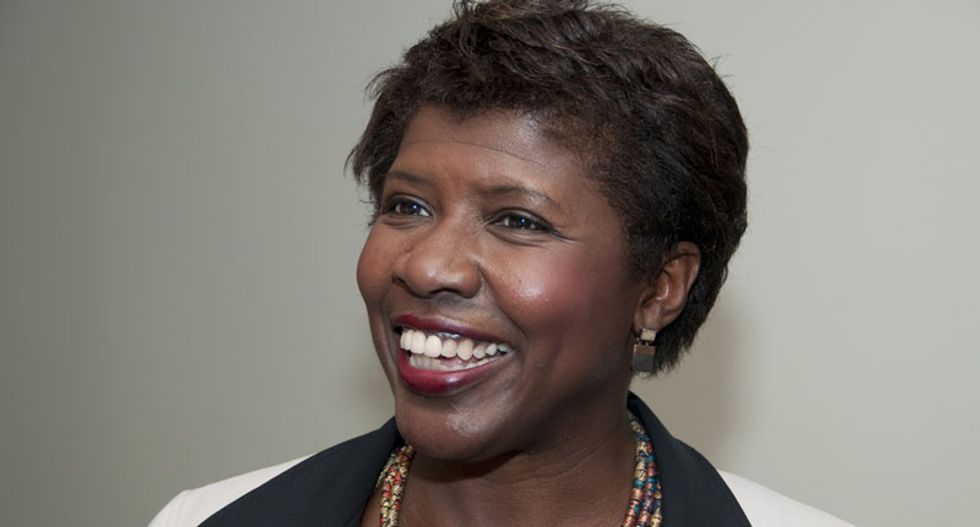 Newscaster Gwen Ifill died at the age of 61 on Monday after a months-long battle with endometrial cancer. Ifill was the managing editor of "Washington Week" and co-anchor of "PBS NewsHour."

"It is with extremely heavy hearts that we must share that our dear friend and beloved colleague Gwen Ifill passed away this afternoon following several months of cancer treatment," PBS said in a statement. "She was surrounded by loving family and many friends whom we ask that you keep in your thoughts and prayers."

PBS President Paula Kerger described Ifill as "a fundamental reason public media is considered a trusted window on the world."

"Her contributions to thoughtful reporting and civic discourse simply cannot be overstated," Kerger added. "She often said that her job was to bring light rather than heat to issues of importance to our society. Gwen did this with grace and steadfast commitment to excellence."

"I am very sad to tell you that our dear friend and beloved colleague Gwen Ifill passed away today in hospice care in Washington," WETA president and CEO Sharon Percy Rockefeller wrote in an email to staff, according to Politico. "I spent an hour with her this morning and she was resting comfortably, surrounded by loving family and friends... Earlier today, I conveyed to Gwen the devoted love and affection of all of us at WETA/NewsHour. Let us hold Gwen and her family even closer now in our hearts and prayers."

Ifill had taken a leave of absence in May to address some health issues. According to The Daily Beast, she was "extraordinarily private about her health and was reluctant to publicly share the details of her battle with cancer."

“PBS NewsHour” executive producer Sara Just said in a statement: "Gwen was a standard bearer for courage, fairness and integrity in an industry going through seismic change. She was a mentor to so many across the industry and her professionalism was respected across the political spectrum. She was a journalist’s journalist and set an example for all around her. So many people in the audience felt that they knew and adored her. She had a tremendous combination of warmth and authority. She was stopped on the street routinely by people who just wanted to give her a hug and considered her a friend after years of seeing her on TV. We will forever miss her terribly."

Ifill was one of the most prominent black journalists in the country. She moderated the vice presidential debates in 2004 and 2008.