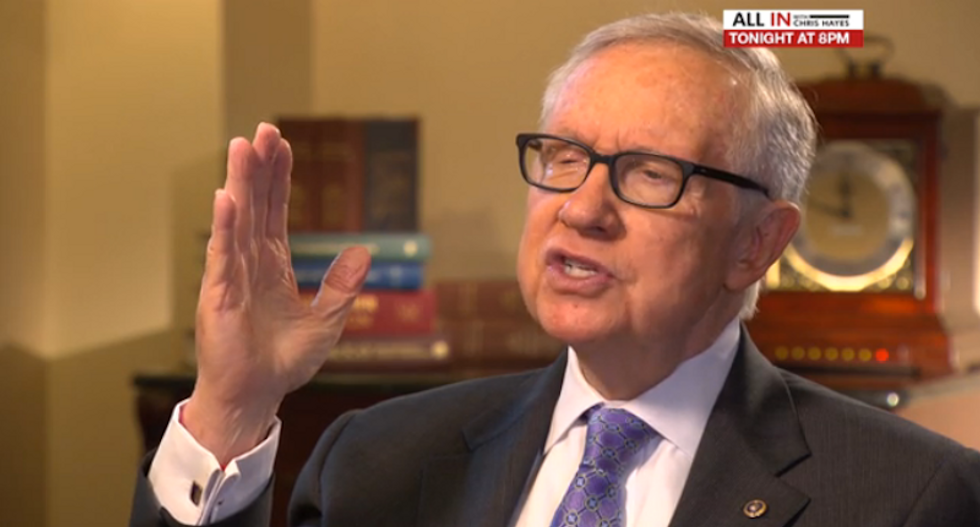 Senate Minority Leader Harry Reid has been outspoken in the week following the 2016 Presidential Election, calling on Democrats to stand up to the president-elect, and slammed Donald Trump for hiring Steve Bannon.

In his latest interview with MSNBC's Chris Hayes, Reid suggested that Hillary Clinton would have won the race had FBI Director James Comey not released his letter to Senate Republicans about the investigation into Clinton's emails just days before the election.

"I love Hillary Clinton, I'm sorry she lost, I did everything I could to help," Reid explained. "There is no question in my mind, she would have won this election without any problem if Comey had not been the Republican operative that he is."

Hayes questioned, "Those are strong words there."

"But I believe it," Reid continued. "He came out against what the Attorney General had recommended, against what common sense dictates. He is the reason she lost the election."

"Comey, he can be fat and happy in his office for seven more years," Reid said. "After having thrown the election to Donald Trump."