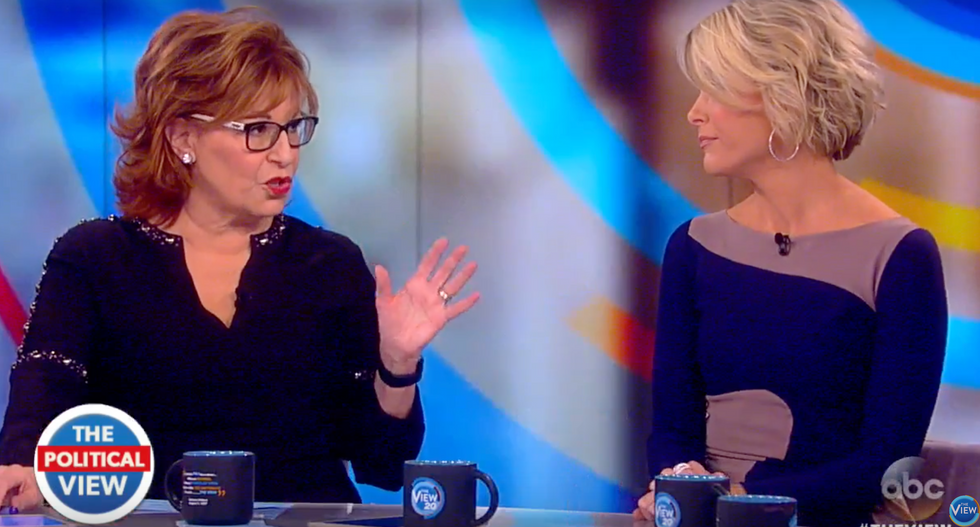 During the interview, co-host Joy Behar pressed Kelly over her sit-down with Trump at Trump Tower, a Fox News exclusive that capped off a 9-month long feud with the president-elect.

“You interviewed Donald Trump at Trump Tower,” Behar said. “I saw that interview, and I thought well he had threatened you, his supporters had threatened you, your daughter was scared that some harm would come to you. And yet I was a little disappointed in you that you didn’t say to him, ‘Donald I’m getting threats from your supporters, what are you going to do about it?’”

“Why didn't you say that?” she asked.

Kelly said most of the criticism for her sit-down with Trump came from “left-leaning” critics who wanted her to “stick it” to Trump, but that after “a year of severe threats and real danger,” Kelly’s goal was to get the president-elect to stand down.

“It was just incredible to me how much anger there was over a debate question,” Kelly told The View.

“No one could get him to stand down, so for me it was an empowering moment, because I just resolved that I was gonna be the one to do it.”

Kelly said she and Trump are now “in a better place” and insisted she hopes the country can come together and support the president-elect.

“There is a place for the loyal opposition though,” Behar reminded Kelly, as the audience applauded.

Watch the segment below, via ABC: